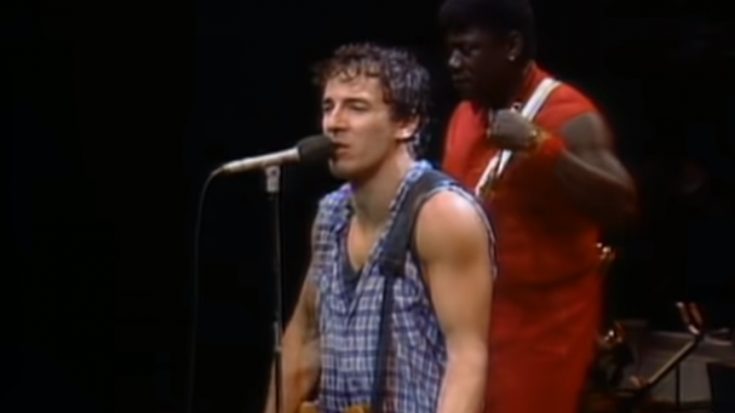 From the 1975 album of the same name, The Boss’ classic hit “Born To Run” was his first worldwide single release. While it picked up quite slow overseas, it was already treated with intense airplay over AOR radio stations, eventually reaching 23rd place on the Billboard Hot 100.

“Born To Run” saw the light of day earlier in terms of live performances, however, when Springsteen performed this on May 9, 1974, when he opened for Bonnie Raitt. Rock music critic Jon Landau was there when Springsteen dished it out and wrote in the Boston Real Paper: “I saw rock and roll’s future – and its name is Bruce Springsteen.”

Springsteen recalls writing the lyrics back in his New Jersey home, saying, “One day I was playing my guitar on the edge of the bed, working on some song ideas, and the words ‘born to run’ came to me. At first I thought it was the name of a movie or something I’d seen on a car spinning around the circuit. I liked the phrase because it suggested a cinematic drama that I thought would work with the music that I’d been hearing in my head.”

This was also the Boss’ first song written that was intended for studio production instead of live performances and took several versions before he moved up to a high-end studio and ended with a take he was satisfied with. Relive a performance of this song with the E Street Band at Capitol Theatre on New Year’s Eve of 1977, by clicking on the video below.