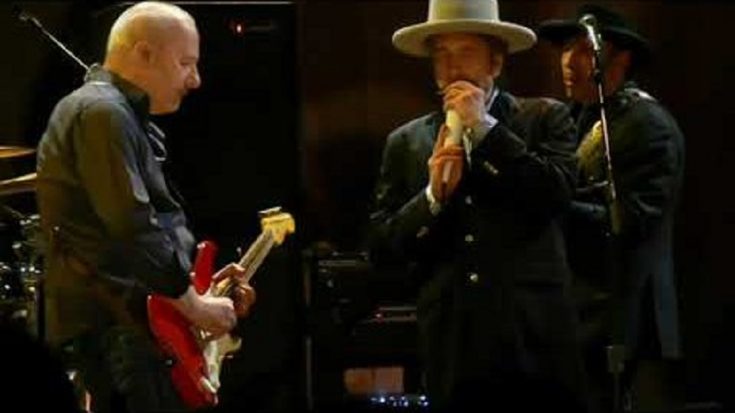 Watch an epic duet of Bob Dylan with Dire Strait’s Mark Knopfler for a show-ending performance of Dylan’s “Forever Young.” The video can be seen below.

Bob Dylan is never the same guy when it comes to performances. At random times, you’d find him either going through his hits, or getting pretty sick of it, and would opt on playing others’ tunes for the sake of getting through the end of the show.

Luckily in 2011, Dylan is on a roll; having released a line of outstanding albums and continuing his Never Ending Tour, which was an opportunity of his to visit at least 100 touring dates every year, a tradition he had never forgotten to do since 1988. However, the year saw Dylan entertaining fewer guests on his shows, which were only limited to those who are close to him. At that point, Knopfler got the opportunity to join him on a London stage, where the pair can be seen and heard performing “Forever Young.” Dylan specifically made an exemption with Knopfler, whose collaborative partnership goes all the way back with Dylan’s 1979 track, “Slow Train Coming.”

Take a look at the duo’s wonderful performance below.