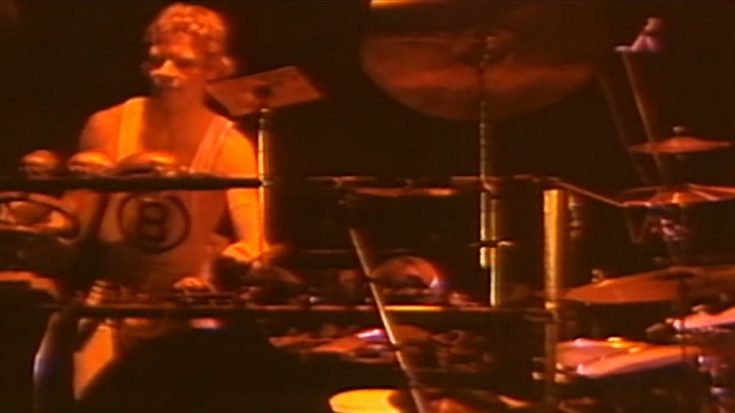 Bill Bruford established his name inside two of the greatest bands in rock, King Crimson and Yes. But when all went to a halt in the mid-70s, Bruford took all the shots he can take to find a job that pays. That’s how he winded up in Genesis, another well-established band.

In 1976, he encouraged Genesis Phil Collins to play the role of the singer; until then, Bruford would play the drums until Collins would be comfortable being the frontman. But, a new format for the band soon began to rose – Bruford and Collins would eventually share drumming duties, in line with Collins’s vocal duties as well.

Bruford remembers the encounter, explaining to Collins: “‘Why don’t you stand up front and sing, and I’ll cover for you on the drums? Then, you know it won’t fall apart.’” He offered to help out temporarily until they found a permanent solution, but all along, the music of the band did not resonate with him on a personal level. He merely played the duties as a “hired gun,” and not someone who can share a bond with.

Around this year, Bill Bruford toured for a total of six months with Genesis inside the band’s A Trick of the Tail Tour. As the first concert outing without Peter Gabriel, and the first and last with Bill Bruford on drums, this tour was very significant, marking Genesis on a different level.

You can watch Genesis’ “I Know What I Like” performance below.