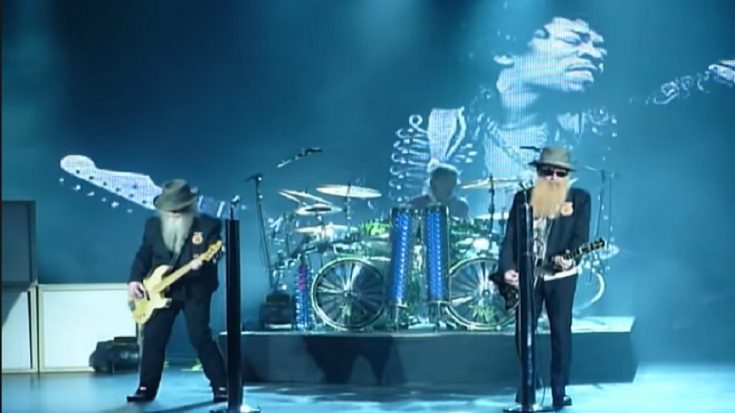 It is incredibly fascinating to see legends paying tribute to fellow legends. Watch how ZZ Top paid respect to one of rock’s greatest guitar players of all time, Jimi Hendrix.

Originally released in the United States in the 1960s, “Hey Joe” has since become a rock standard, with hundreds of artists covering it in a wide variety of musical styles. The lyrics tell us the male protagonist who has just shot his cheating wife and is on the run, with plans to make his way to Mexico. This was the first song recorded by Jimi Hendrix with his band, The Jimi Hendrix Experience, in 1966.

Since his career in the band, Hendrix had made his version a staple in his concerts. Since he had heard Tim Rose’s latest single version on a jukebox, he decided to employ a slower tempo in his arrangement to emulate it. His rendition is among the most recognizable ones – and the song that led Hendrix to the hands of Chas Chandler.

On April 28, 2011, ZZ Top performed at Sydney’s Enmore Theatre, and they covered Hendrix’s “Hey Joe.” Perhaps, the only ones who could perform something as iconic as Hendrix should be icons as well.