Why Freddie Mercury Was Worried With John Deacon’s Songwriting Improvement 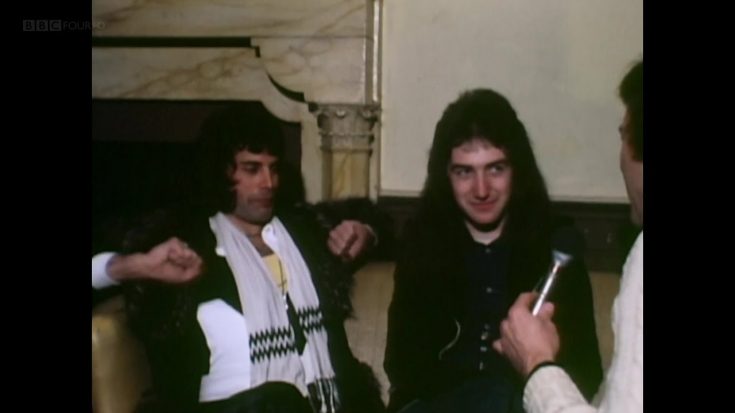 One of the most underrated friendships in the music industry came between Freddie Mercury and John Deacon. Queen was far from the stereotypical spiteful relationship that rock bands often have between members. And although there were moments when they bicker (an inevitable thing), throughout their career, they remained a tight bond, and highly respected one another.

John Deacon’s shy nature meant that he avoided the limelight whenever possible. As much as he could,  he avoided the group’s disagreements and spoke less. But that doesn’t mean that he’s not a worthy member; in fact, Freddie Mercury considers him a great confidant and cheered him on his self-improvement.

In a 1976 interview with Capitol Radio, Mercury joked that he was apprehensive that the band’s quietest member was improving with every album while praising Deacon’s contributions to the fifth album “A Day at the Races.” Deacon contributed to the song with “You and I,” a track was written by him.

“His songs are good and are getting better every time,” Mercury commented. “I’m getting a bit worried, actually. He’s sort of quiet; lots of people think that. Don’t underestimate him; he’s got a fiery streak underneath all that. I talk so much anyway; he likes to let me do all the talking. But once people crack that thin ice, then he’s alright. You can never stop him talking then.”

Mercury’s joke about Deacon’s improvement expresses much about the duo’s closeness. Moreover, when Mercury died in 1991, Deacon couldn’t accept his friend’s passing, so he completely swore off music from 1997 onwards.