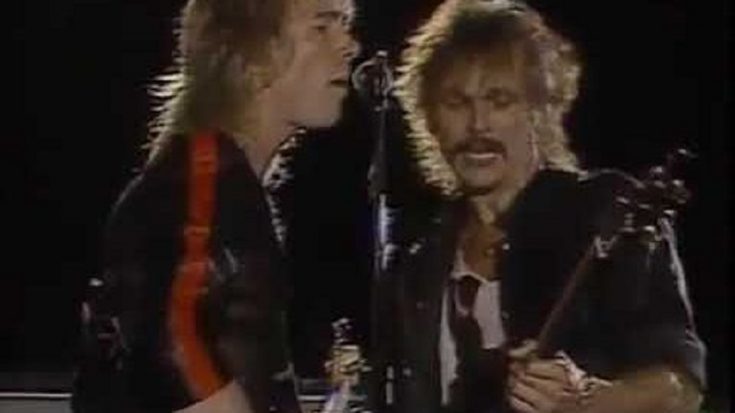 Scorpions, a German rock band formed in 1965, has proved to be the heroes of “heavy metal” though such notion is an underrated one. They achieved their worldwide fame in the 80s, when most of their albums peaked on great success heights, establishing their careers as famed rock stars.

Among the highlights of their career was their 1985 concert inside Oakland Coliseum Stadium back on August 31. Composed with their classic lineup of Klaus Meine (vocals), Rudolf Schenker (rhythm guitar), Matthias Jabs (lead guitar), Francis Buchholz (bass), and Herman Rarebell (drums), they managed to provide an hour-long set of performances that surely made that one night incredible. The concert footage presented below gives you the real front row experience to grasp how awesome these German rockers are. Songs included are some of Scorpion’s beloved tracks such as “Still Loving You,” “Bad Boys Running Wild,” “Rock You Like A Hurricane” and many more.

“Can’t Live Without You”