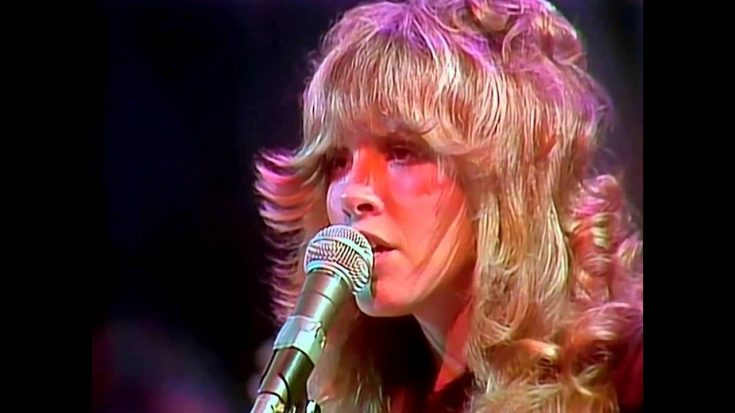 There’s no denying that “Rhiannon” by Fleetwood Mac is one of their best songs. Written by singer-songwriter Stevie Nicks, the alluring track is one for the classics. You want to know why? Watch this breathtaking 1976 Midnight Special performance of Fleetwood Mac with this song.

Stevie Nicks, then an unknown singer for the band, captivated the hearts of many. Her hair, her flowing dress, her fascinating voice, are everything. She and Lindsay Buckingham just started their careers in Fleetwood Mac last year, confusing the people for who they are yet. But everything felt right the moment the melodic intro started.

Right at the beginning of the song, Nicks mentions: “This is a song about an old Welsh witch,” which is both intriguing and exciting.

But it wasn’t just Stevie Nicks who stole the show, everyone in the group has something to give during the live performance. Lindsey Buckingham’s burning riffs, Christine McVie’s backing vocals and a bluesy touch of piano, John McVie’s subtle bass lines, and Mick Fleetwood’s vibrant drumming are well assembled to create the perfect line-up of this classic rock band.

It’s one of those moments when you’re looking for a bright gem to look for if you’re starting to admire Fleetwood Mac, and you knew the odds are in your favor when you come across this.