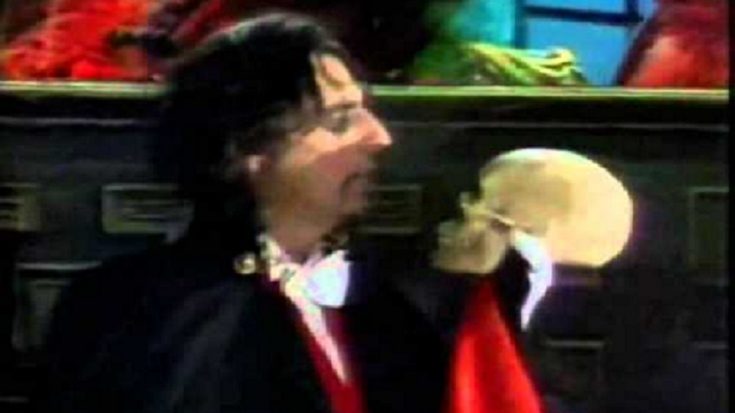 One thing that Alice Cooper is also known for is his humor. He once supposedly urged the saintly Kermit the Frog of the Muppets to sell his soul to Satan so that his “friend” could “promise to make you a rock star,” according to the legend.

On November 1978, episode 307 of the wildly successful Jim Henson-created TV show, The Muppets, Cooper performed the opening number, “Welcome To My Nightmare,” from his debut solo album. After Kermit complimented the rocker on his performance and said, “Oh, it must be great to be a rock star,” the mood of the evening took a decidedly darker turn.

“Oh. Would you like to be a rock star?” Cooper asks, removing his hood to display a contract and implying that this is perfectly doable so long as Kermit signs it. “I have a friend that runs a service, he could guarantee to make you a rock star.”

The now-anxious Kermit said that he was only “half-kidding,” and mentioned wanting to become an astronaut as well. But Cooper suggested “Well, then, just cross out the word ‘rock star’ and write in ‘astronaut.’” He also said that signing the contract doesn’t cost a penny, but only “your soul.”