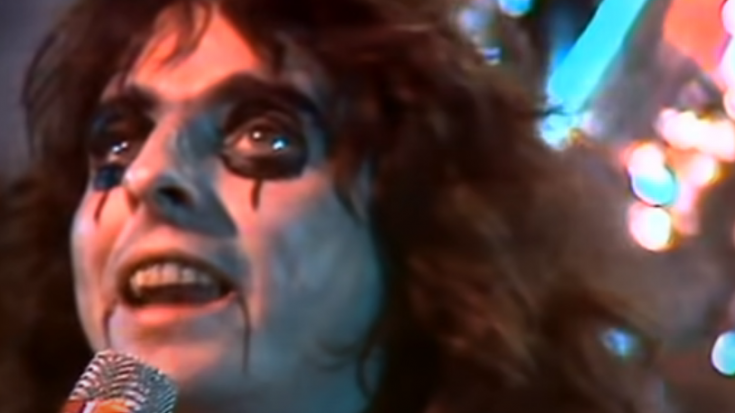 Alice Cooper’s “I’m Eighteen” proved to be the seminal track that rose the band to peak success. They were on the brink of being thrown out from the record label, but it all changed when the band collaborated on creating this fantastic track inside the album Love it to Death (1970).

The song quickly became an anthem upon its release, with most American teenagers relating much to the song’s lyrics. Neal Smith, Alice Cooper’s drummer, told Songfacts about its meaning:

“It was a song about growing up in the ’60s, with lines in it like you could go to war but you couldn’t vote. We had no idea it would become an anthem; we were just thinking it would be a cool song.”

The song rose high up in the charts, and Alice Cooper felt the impact of their success for the first time. It received a significant amount of radio airplay and is also highly influential to several artists such as Johnny Rotten, Joey Ramone, etc.

In this 1972 performance of the band inside the German TV show named Beat Club, a drunk Alice Cooper (vocalist) wore a Wonder Woman t-shirt and sparkly pants while singing the song in a husky voice. No one could do it like how they did it before.