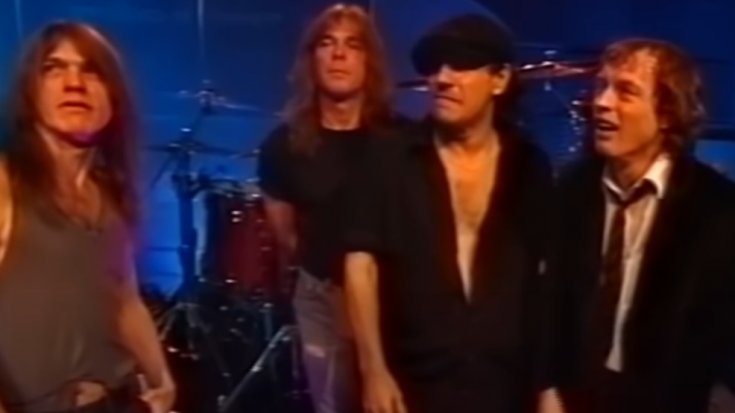 Watch a surreal 1996 footage inside AC/DC’s Ballbreaker Tour and you’d know why these guys rock the best in the business. The full video can be seen below.

AC/DC’s 13th album proved to be a good omen. They continued their comeback with 1995’s Ballbreaker, a follow-up to 1990s The Razor’s Edge. One good reason for its success was Phil Rudd’s return, who had left a pretty big shoe to fill during his absence. This, paired with the Young brothers’ trust in their songwriting gave them a pretty good deal, to begin with.

Ballbreaker epitomized AC/DC’s fans’ dreams and also had a little something for everyone else. They badly want to hear the songs from the album live, as well as to see the good ol’ dynamic of the Aussie rockers on stage. Thus, the formation of the Ballbreaker tour is in support of this seminal gem.

They kicked off their tour with a stop in the United States before traveling to Europe, the United Kingdom, South America, Australia, and then New Zealand. Among their many stops was an intimate setting at the VH1 studios in London – all for a rare treat to viewers. And yes, despite the absence of the bell, canons, crowds, and inflatables, they still managed to impress. “AC/DC have sustained themselves on a blend of solid bass and guitar-driven rock – but have never forgotten their R and B roots,” a critic of the band once said.

The first part of the video shows AC/DC in an interview before they delve into an 11-song setlist. This proves that no matter when or where the concert is held, AC/DC will remain a top-tier band when it comes to live performances.

Check out the footage here.