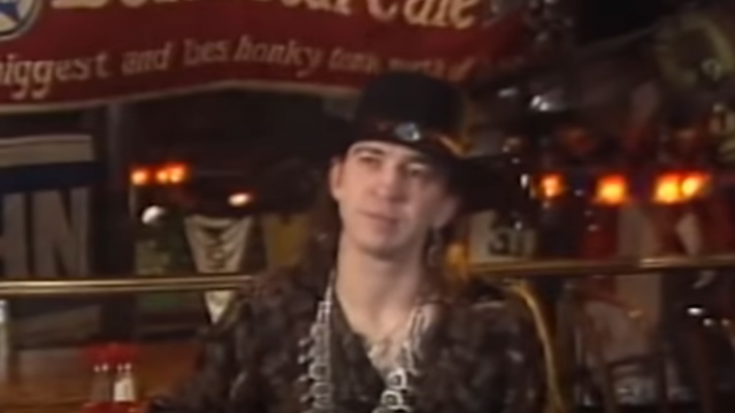 Stevie Ray Vaughan was a master of his craft. He was and still is one of the greatest blues musicians of all time. He formalized the art form by incorporating his influences. When the world needed a refresher to a now-forgotten blues scene, he became the perfect hero to revive it in full force.

Like any other legendary artist, there was, Vaughan’s life was all too short to be discussed by his fans. His death in 1990 was unexpected, from a helicopter crash. Thousands of fans mourned over the death of their beloved star, yet his legacy remains. Lucky for us, we have dozens of interviews to watch and rediscover what was Stevie like during his prime days.

Stevie was the brother of Jimmie Vaughan, an established guitarist during the start of his career. Fearing that he’d be pigeonholed as “Jimmie’s brother” only, he went on his path, wanting to be known by many as a blues guitarist on his own. The rest is history.

In case you want to know more about our favorite blues-rock hero, here he was in a 1985 interview at the Lone Star Café in New York City. Stevie was more than happy to tell his favorites, restaurants and all. Check it out below.