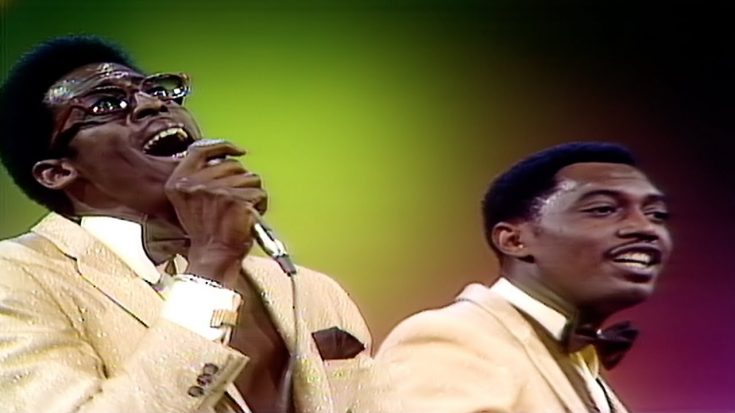 For The Ed Sullivan Show, The Temptations were the perfect fit with their upbeat R&B, tight choreography, and eye-catching costumes; they easily became an instant hit with Sullivan’s audience. Ed Sullivan was a huge fan of the Motown sound, which he saw as a blend of gospel and Tin Pan Alley. And, of course, Ed relished the opportunity to feature artists who delivered this kind of melody on his program.

It was the 28th of May 1967 when The Temptations took the Sullivan stage for the first time. Wearing sparkly yellow-and-brown outfits with long tails, they sang a collection of favorites including “Girl (Why You Wanna Make Me Blue),” “All I Need,” “My Girl,” and “I Know I’m Losing You.”

Otis Williams, Melvin Franklin, Elbridge “Al” Bryant, Eddie Kendricks, and Paul Williams created The Temptations in March of 1961 when two doo-wop groups disbanded and members from each group gathered together to audition for Motown. The group was quickly adopted by Motown and renamed.

Throughout the 1970s, 1980s, 1990s, and even into the 2000s, the Temptations would record under various lineups. At one point, they had four Billboard Hot 100 #1 singles and 14 R&B #1 hits, making them among the most prolific groups in music history. Through Motown’s association with Ed Sullivan and the Ed Sullivan Show, The Temptations were able to perform their hit singles for people across the United States.

Check out The Temptations’ medley performance below.