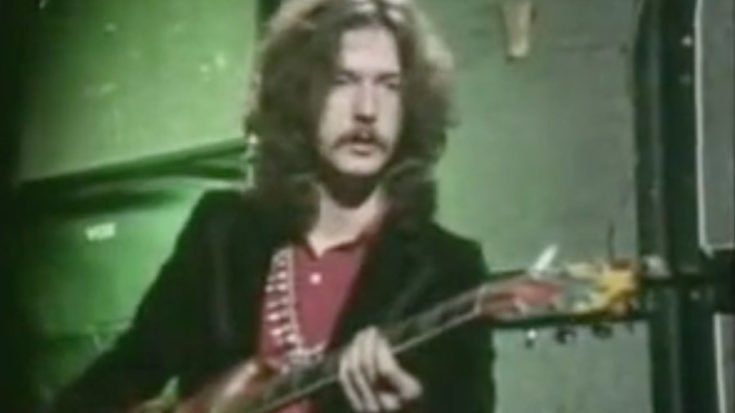 A master of his craft even as a youngster

In this exclusive interview with the BBC in 1968, a fresh and young 23- year old Eric Clapton willingly explains his iconic guitar technique, something that would be highly influential and iconic decades away from this moment. Clapton was playing his technique demonstration on a ’64 Gibson SG Standard and a Vox wah pedal. This was taken during Cream’s Farewell Concert almost 50 years ago. And even during that time, Clapton was already regarded as one of the best guitarists in rock n’ roll, often compared to Jimi Hendrix, his friend and contemporary.

In the interview Clapton reveals that one of the techniques he was struggling to master was the vibrato on the guitar. He even went on to excitedly indulge questions and answer them in detail with such display of his passion for music. Of course the video quality and the fashion, even Eric’s hairstyle was a dead giveaway from which era this footage hails, but something that never change was Clapton’s ever-formidable technique that would only grow stronger and powerful through the years.