Apparently, Gene Simmons Knows The REAL Reason He Was Fired From ‘Celebrity Apprentice’ 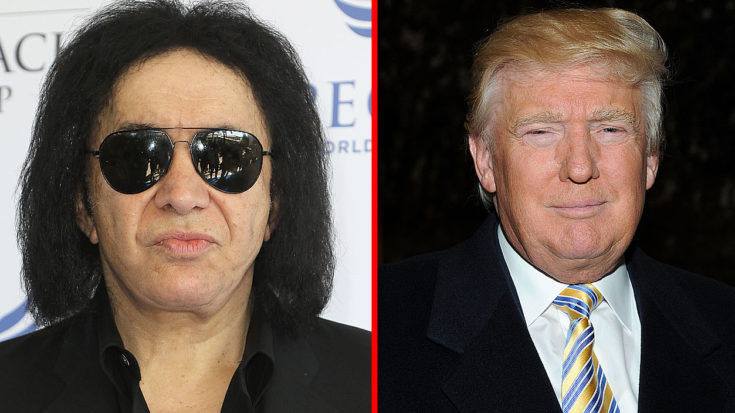 In 2008, the first season of ‘Celebrity Apprentice’ aired on NBC and saw great success thus paving the way for many seasons to follow. This particular season had a stacked lineup with stars such as Piers Morgan, Trace Adkins, Tito Ortiz, and Gene Simmons just to name a few. Speaking of Gene Simmons, he lasted on the show until week three after losing the ‘Kodak Challenge’ and was then fired by our now president Donald Trump.

The Kodak Challenge appeared to be the sole reason for Gene Simmons being fired as far as we knew during this whole time. With that said, during a recent interview on Entertainment Weekly, Gene Simmons revealed that the firing may have been a case of self-sabotage. Gene intentionally got himself fired from the show. Here is what he said. “KISS had to go off on tour in Australia in three weeks so I had to get myself off the show.”