Top 10 Blues Songs of All Time 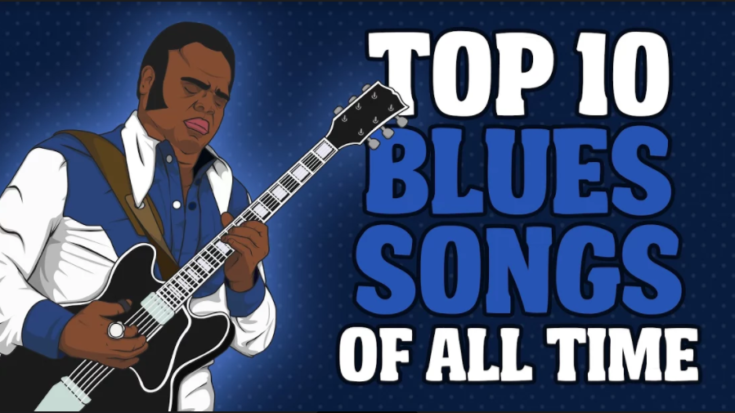 A genre that is  most influential to music and its development over time, it cannot be denied that the blues pioneered the era of modern rock and endured through the decades of the creation of new music. Blues rock guitar playing is influential in the formation of rock band instrumentation. Born in the Mississippi Delta, the blues penetrated the American popular music in the 1920s – 1930s. It became big and synonymous with the Windy City itself, Chicago, where it became a historical part of the American music culture. The blues originated from African musical techniques which collided with American folk and country music. The musicality is incorporated with personal emotional expression and endless improvisation. Out of blues, rock n’ roll and jazz were born and yet the blues itself remains timeless and unchanging. We owe some of the greatest pieces of music there is in the world to blues.

Here are the top 10 greatest blues songs of all time:

“I Can’t Quit You Baby” is a powerful blues ballad performed by Otis Rush but written and produced by legendary blues songwriter Willie Dixon. Blues historian Gerard Herzhaft identifies “I Can’t Quit You Baby” as a blues standard, a twelve-bar blues song that has been covered by a wide variety of great artists such as Led Zeppelin, Gary Moore, an Eric Clapton. The song became a hit in the early 1960s and reached no. 6 on the Billboard chart. Rush’s original single was inducted into the Blues Foundation Hall of Fame in 1994.

Dixon explained later on in his autobiography that he had written “I Can’t Quit You Baby” out of the preoccupied relationship Rush was in. The line itself as sung in the chorus “I can’t quit you baby” was written so that Dixon could draw out an impassioned performance from Rush. The perfect balance between the vocals and the instruments, with the unique addition of horns in the 1967 recording of Rush makes it a timeless classic. The influence it had on many successful musicians throughout the decades cements this song as one of the greatest of the blues of all time.

This blues and soul all time classic was made popular by one of the most dynamic singers in American popular music, Etta James. The southern blues classic hit song was written by Ellington “Fugi” Jordan with Etta James herself while the former was serving time in prison in 1967. It was released by James in 1968 as part of her album “Tell Mama”. James gave full songwriting credits to Jordan due to tax reasons. The song went on to reach the no. 10 spot on the Billboard chart in 1968. The song was a critical and commercial success, and it was regarded as one of the great double-sided singles of the period. “I’d Rather Go Blind” is number 429 on Dave Marsh’s book The Heart of Rock and Soul: The 1001 Greatest Singles Ever Made .

The “Crossroad Blues” or simply known as “Crossroads” is a legendary Mississippi Delta Blues classic song by one of the greatest blues artists of all time, Robert Johnson. Many of Johnson’s songs have become blues standards and as it is engraved on his tombstone, “he influenced millions beyond his time”. The legend surrounding “Crossroad Blues” is the story of how Johnson gained his musical talents by making a bargain with the devil he met at the crossroads. The myth has it that he also met his untimely death due to that bargain. He died at the age of 27 due to suspected poisoning.

Many of the greatest musicians have covered “Crossroad Blues” including Elmore James, John Mayer, but most popularly by Eric Clapton’s short-lived trio band Cream. Clapton’s guitar rendition made it at number three on Rolling Stone’s “Greatest Guitar Songs of All Time”. In 1986, Robert Johnson’s original version was inducted into the Blues Foundation Hall of Fame and also received a Grammy Hall of Fame Award in 1998. The Rock and Roll Hall of Fame included it as one of the “500 Songs That Shaped Rock and Roll”.

This list wouldn’t be complete without a song from the great Stevie Ray Vaughan. “Pride and Joy” was SRV’s first ever single released in 1983 from his album “Texas Flood”.  The song features one of Vaughan’s most energetic guitar solos, it’s blues on steroids as they say, and it has become one of his best-known songs. It was actually thanks to David Bowie and Jackson Browne that the world came to know Stevie Ray Vaughan and his impeccable musical talent. He was discovered by Bowie and Browne after Vaughan performed at the Montreux Jazz Festival in 1982. By the end of the same year, Vaughan released two singles including this blues Texas shuffle classic. Vaughan and his band Double Trouble put blues back on mainstream radio which was a rare feat at the time. The song reached number 20 in the Billboard  Mainstream Rock chart.

Here we begin the introduction of the “Three Kings” of electric blues. First up is Freddie King, patriarch of blues-rock. Freddie King has had a massive influence on many of rock’s greatest guitarists of all time including Eric Clapton, Carlos Santana, Stevie Ray Vaughan, Duane Allman, and Keith Richards.

King’s 1961 hit single “I’m Tore Down” from his album “Freddy King Sings” showcases his incomparable energy and unmistakable fluid style. This track is widely mistaken as an original song by King but writing credits actually go to American R & B bandleader Sonny Thompson. Eric Clapton covered King’s take on the blues classic for his hit album “From the Cradle” and reached number one on music charts. Clapton’s rendition was certified 5 times platinum having sold over 5 million copies world wide.

The second of the “Three Kings” of electric blues would be the “King of Blues Guitar” himself, Albert King. His single “Born Under a Bad Sign” is considered to be “a timeless staple of the blues”. The song comes from the album of the same name, which then became one of the most popular and influential blues albums of the late ’60s. The song has been widely covered by a variety of artists throughout the decades and is considered the be the most recorded Albert King song. This hit single was inducted into the Blues Foundation Hall of Fame in 1988. It is also included in the Rock and Roll Hall of Fame’s list of the 500 Songs That Shaped Rock and Roll. The album where the track hails from ranks number 491 in Rolling Stone’s 500 Greatest Albums of All Time.

4. Sunshine of Your Love – Cream

Eric Clapton’s short-stint super rock group Cream scored their biggest hit with their 1967 single “Sunshine of Your Love”. After a series of singles that somehow couldn’t even make a dent in the charts, the band finally hit the jackpot when “Sunshine of You Love” became their first and highest charting American single. It also became one of the most popular singles in 1968. The song was one of the tracks from Cream’s second album “Disraeli Gears” that also became one of the best selling albums in 1967. The song reached number 5 in the Billboard charts and was included in The Rock and Roll Hall of Fame’s list of the 500 Songs That Shaped Rock and Roll. The bass riff and musical phrase that is repeated throughout the song is widely known that audiences would know what song it is even from the first three notes alone. It represents that British adaptation of blues into rock with its blues-based riff and harmonic motions. “Sunshine of Your Love” served as a precursor of blues going into hard rock, becoming the basis for many other great songs after its release.

Another classic song that has become a blues standard is Muddy Waters’ 1954 hit “Hoochie Coochie Man“. The song is what helped Willie Dixon climb to top of Chess Records with the coveted position of chief songwriter. This Chicago-style electric blues classic features Muddy Waters’ use of braggadocio linking Delta blues to rock and roll, and the stop-time riff which was “soon absorbed into the lingua franca of blues, R&B, jazz, and rock and roll”, as stated by historical musicologist Robert Palmer. The stop-time riff has since been used in several popular songs. Waters’ phrasing in the song has moved on to become one of the most recognizable musical phrases in blues. The original recording of the song is included on the 1958 “The Best of Muddy Waters” album. It has been inducted into the Blues Foundation Hall of Fame and the Grammy Hall of Fame. The US Library of Congress’ National Recording Registry selected the classic hit for preservation in 2004.

This 13-minute long (more or less, depending on the rendition) track has been regarded by many respectable guitarists, musicians, artists and critics alike as the blues classic song in which Jimi Hendrix clearly demonstrates that he is a guitar god through his mind-blowing mastery of the instrument. Hendrix wrote the song and recorded it in 1966 with the Jimi Hendrix Experience band in Greenwich Village. It was made in a call-and-response blues style originating from the field hollers workers’ songs of the American south. The style repeats each line of the song twice over a slow twelve-bar blues. The song been deemed as one of the most traditional in form that Hendrix ever recorded. It’s also one of the first songs that Hendrix ever recorded with the Experience band. The straightforward traditional blues song became a fan favorite and a staple of any Hendrix setlist throughout his career.

The great and iconic B.B. King completes the Three Kings of the electric blues. He is the most celebrated blues artist out of the three kings with a flourishing career that endured an amazing 5 decades. His call-and-response vocal style and praise-worthy guitar skills has cemented him as a legend in the world of blues and in the history of music. His signature guitar style and phrasing, the “B.B. honk” is one of the most-recognizable in all of blues. One of B.B.’s signature songs is the 1970 major hit “The Thrill Is Gone”. This slow blues song played in the minor-key was originally written and performed by Roy Hawkins and Rick Darnell in 1951. Though it reached number six in the Billboard R&B chart in 1951, it was B.B. King’s version that made the track one of the biggest hits in the history of blues. “The Thrill Is Gone” catapulted B.B. King’s career, and his rendition has influenced many great artists of his time and beyond.