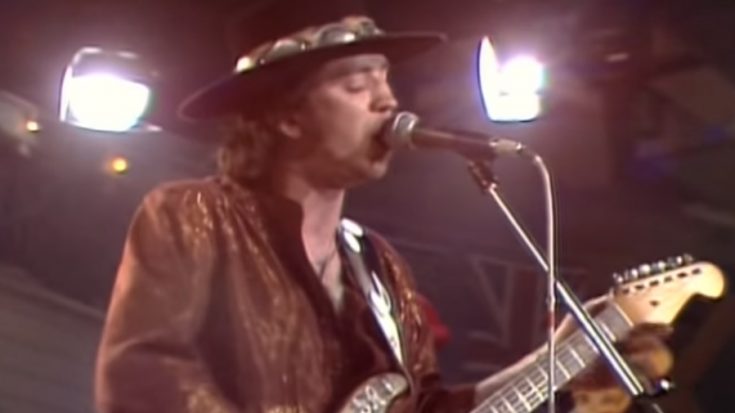 Stevie Ray Vaughan and his band Double Trouble were introduced to a legitimate mainstream audience for the first time with their appearance at 1982’s Montreux Jazz Festival. Although they did an amazing show that worked up the crowd, the blues outfit was discouraged upon the sight of a handful of purists booing them offstage after their performance.

While SRV and Double Trouble’s spirits were low at that time, a stroke of fate came into play when Jackson Browne and David Bowie took notice of the performance and stayed to capture the magnificence they displayed onstage. Just a little after that show, Vaughan and his band were handed irresistible offers by the two musicians, where Bowie hired him to play on his 1983 record Let’s Dance, while Browne offered to give him free studio access to record his debut album Texas Flood, which resulted into a recording contract.

Who would’v thought that the live rendition of “Pride and Joy” was given the full studio treatment, catapulting SRV and Double Trouble to greater heights by launching his material on the airwaves? Relive the epic 1982 performance of the track by clicking on the video below.