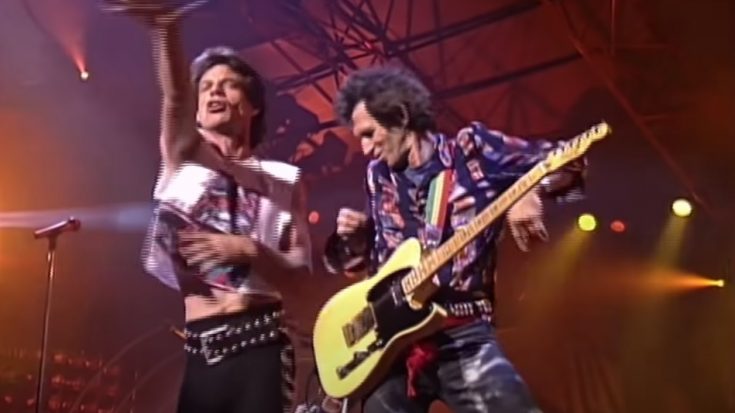 The Rolling Stones will be releasing a DVD of one of their shows from the supporting tour of Steel Wheels this September 25. The said concert features guest appearances by Eric Clapton, Axl Rose, Izzy Stradlin, and John Lee Hooker.

Steel Wheels Live – Atlantic City, New Jersey was recorded in December 1989 at the Convention Hall and features the African-inspired coda of “Continental Drift” before going off into “Start Me Up.” This was followed up by five more cuts from the band’s 1989 album which included the singles “Mixed Emotions,” “Rock and a Hard Place” and “Terrifying.”

The Stones were joined by Guns N’ Roses members Axl Rose and Izzy Stradlin for the Beggars Banquet closer “Salt of the Earth”, while Clapton made an appearance on the performance of Howlin’ Wolf’s “Little Red Rooster”, which was covered by the band in 1964. Clapton remained onstage as bluesman John Lee Hooker dished out his very own “Boogie Chillen'”.

The band’s Steel Wheels Tour was their first live dates since 1982, which was followed by years of infighting between Jagger and Richards along with their own solo album efforts. These dates are also documented on the live album Flashpoint, which also marked the last days of original Stones bassist Bill Wyman with the band.

Steel Wheels is available as a Blu-Ray/DVD + 2-CD package, as well as a limited edition four-LP colored vinyl option.