Wait, What? John Fogerty Still Doesn’t Own His Songs In CCR 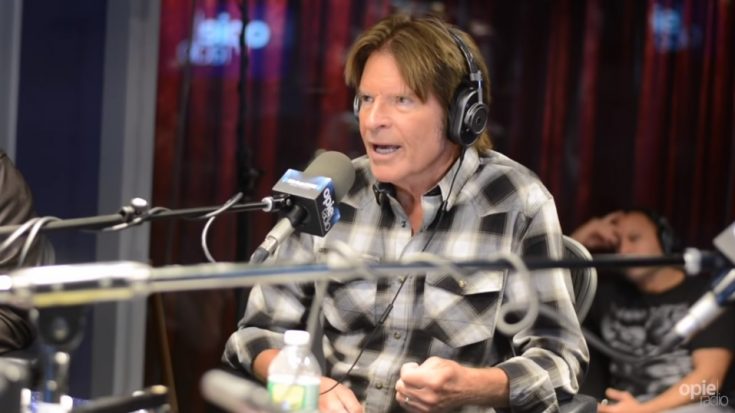 John Fogerty in an interview with Opie Radio - Youtube

Creedence Clearwater Revival’s strongman John Fogerty has been adamant for years about not recording new music, and even opting not to perform his old songs. Apparently, all of this stemmed from a bad deal with Fantasy Records, specifically their head, Saul Zaentz, which resulted in a legal battle between the involved parties. He came back to music with his solo catalog, 1985’s Centerfield, which left some scratching heads.

As it turns out, Fogerty DOESN’T own his songs – yet. “I don’t own them, still. But hopefully I’m going to live long enough that they finally revert to me. It’s a period of about 56 years, and so far, we’ve been celebrating the 50th anniversary of ‘Proud Mary,’ so you do the math. It should be pretty soon,” he shared in an interview with Ultimate Classic Rock.

Zaentz and Fogerty got tied up into a legal debacle, after Zaentz sued him over a track that “defamed” Zaentz, and even pushing a plagiarism complaint against Fogerty for allegedly plagiarizing a song from his CCR days.

“At some point, I realized I was being treated very poorly and that I wasn’t being paid anywhere near a proper way. In the back of my mind, I wanted to own my songs – my children, you might say. I’m talking about owning the songs themselves, the publishing, but I realized that I had been lied to by Saul and I wasn’t going to get to own them. He wasn’t going to allow me to own them,” Fogerty continued.

John Fogerty was caught in quicksand with the contract, still owing Zaentz songs even after CCR was over. “He had let the other members of Creedence out of their contract, but he didn’t let me out of that same contract. So, although I knew that Saul owned my music and by that point had also stolen my life savings in an offshore tax shelter – in another miserable part of the story, he had basically stolen our life savings and gotten away with it. After all that, I found myself in the horrible position of having to give any new music, any new records, to Saul Zaentz. That was why I stopped,” he explained.

Fogerty concluded with his realizations, “I just felt like I was playing into Saul’s hands if I did, as he was going to profit more from me out there performing the songs. It was a horrible career conundrum and choice, because it’s suicide to a career. Your fans want to come see you sing those songs; they don’t want to hear you sing other songs. It was just really horrible on my career.”