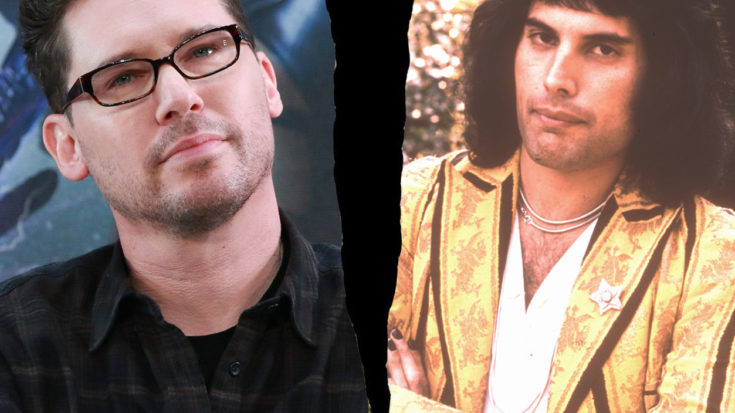 Singer Previously Hoped To Return After The Holidays

It’s curtains for Bohemian Rhapsody director Bryan Singer, fired this afternoon by Twentieth Century Fox Films after a repeated pattern of behavior that resulted in strained relations on set. Earlier we reported that Singer’s “unexpected unavailability” prompted the studio to temporarily halt production on the long awaited Queen biopic after Singer failed to return to work after the Thanksgiving holiday, and there had been serious talk of replacing Singer after his latest disappearance resulted in cinematographer Thomas Newton Sigel being forced to step in to continue the project.

Twentieth Century Fox issued a statement to The Hollywood Reporter in which they briefly announced Singer’s exit from the project but offered no further details:

“Bryan Singer is no longer the director of Bohemian Rhapsody.”

Singer, who previously directed The Usual Suspects, four X-Men films and Superman Returns, is also reported to have had issues with Bohemian Rhapsody star Rami Malek and is said to have thrown something at the actor, resulting in Malek lodging a complaint with Twentieth Century Fox Films for Singer “not being present on set, unreliability and unprofessionalism”. Actor Tom Hollander, who plays Queen manager Jim Beach in the film, is also said to have briefly quit the film as a result of Singer’s behavior, though he was able to be coaxed back.

While a new director is on the horizon, Bohemian Rhapsody appears to have stalled for the time being; the film is said to only have two weeks of principal photography left, though at this point it’s extremely likely that production won’t resume again until sometime after the new year. Here’s hoping for a smooth transition of power that ultimately leads to a great film – Heaven knows fans have waited long enough!