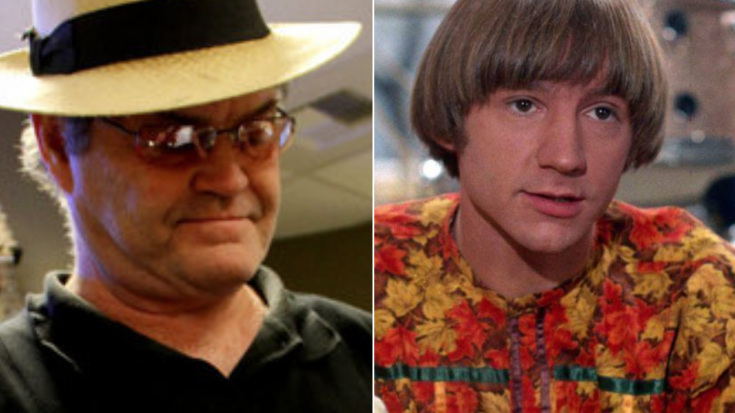 As tributes to Peter Tork of The Monkees begin to roll in after his death today at the age of 77, we’re beginning to hear from people who were close to him. Namely, former bandmate Micky Dolenz, who took to social media a short time ago to issue a brief, albeit heartbroken statement regarding the death of his friend.

Dolenz, who worked alongside Tork as part of the made-for-tv band The Monkees throughout the 1960s, wrote:

“There are no words right now…heartbroken over the loss of my Monkee brother, Peter Tork. #petertork #themonkees @TorkTweet”. He also shared a simple black and white photo of Tork, taken during his later years.

The Monkees’ official Twitter account was updated with a brief statement as well, where they expressed their love and grief at the loss of their friend, and asked fans to share their favorite memories of Peter throughout the years.

.@TorkTweet has passed peacefully at the age of 77. We'll be remembering him throughout the day. Share your favorite memories of Peter below. pic.twitter.com/Je57hhlXUx

“@TorkTweet has passed away peacefully at the age of 77. We’ll be remembering him throughout the day. Share your favorite memories of Peter below,” reads the tweet.

As we reported earlier, Peter Tork, the delightfully offbeat bassist and singer for The Monkees, has died at the age of 77 from unknown causes. The news was confirmed by Tork’s sister, Anne Thorkelson, to the Washington Post just a short time ago; she did not reveal any details as to the circumstances surrounding her brother’s death.

“It is with beyond-heavy and broken hearts that we share the devastating news that our friend, mentor, teacher, and amazing soul, Peter Tork, has passed from this world. As we have mentioned in the past, the PTFB team is made up of Peter’s friends, family and colleagues – we ask for your kindness and understanding in allowing us to grieve this huge loss privately. This page will remain open for your use in sharing your thoughts with your fellow fans and hopefully helping you through your own grieving journey, however the team will not be available for some time as we start to mend our own hearts and calm our minds.

We want to thank each and every one of you for your love, dedication and support of our “boss.” Having you in our world has meant so very much to all of us. Please know that Peter was extremely appreciative of you, his Torkees, and one of his deepest joys was to be out in front of you, playing his music, and seeing you enjoy what he had to share. We send blessings and thoughts of comfort to you all, with much gratitude.”

The team, comprised of Mr. Tork’s friends, family, and colleagues, signed off with a heartbroken “ptfb team”.

It is with beyond-heavy and broken hearts that we share the devastating news that our friend, mentor, teacher, and…

Posted by The REAL Peter Tork (Official) on Thursday, February 21, 2019

Born Peter Halsten Thorkelson just one day shy of Valentine’s Day in 1942, Tork rose to fame as the deliciously offbeat, affable bass player and keyboard player for 60s rock icons The Monkees. While his character on the hit television show was admittedly a little scatterbrained and the self-professed “dummy” of the made-for-tv group, it couldn’t be further from the truth; Tork was one of the most musically gifted members of The Monkees, a fiercely capable songwriter and performer who played on several key recordings and wrote several songs for the band, including “Can You Dig It?” and “For Pete’s Sake.”

Again, while an official cause of death has not been given for Mr. Tork, it’s worth noting that he was diagnosed with adenoid cystic carcinoma, a rare cancer affecting his tongue, in 2009. He was given a clean bill of health as of 2012 and celebrated by hitting the road with bandmates Micky Dolenz and Michael Nesmith, gigging with them through 2016 and releasing 2016’s Good Times! as well as last year’s Christmas Party, both of which featured posthumous contributions from bandmate Davy Jones, who died in 2012.

In addition to a glowing legacy as both a musician and a teacher, Peter Tork is survived by his wife Pam and children Hailie, Ivan, and Erica. He will absolutely be missed, and our hearts go out to his Monkee brothers Micky Dolenz and Michael Nesmith as they mourn the loss of one of their own once more.