The Beach Boys’ Isolated Vocals Reveal How Awesome Their Harmonies Are 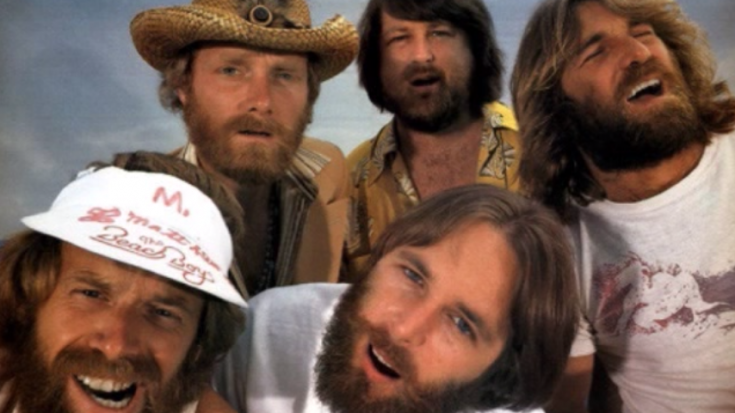 …have been blowing the minds of well, everyone- since 1961. The Californian rock band catapulted into legendary status by their very own Brian Wilson. The composer/musician is revered as a genius by every musical idol you have respected. Judging by the isolated vocal tracks of the Beach Boys songs Wilson and The Beach Boys are a national treasure.  Take it from them…

“I don’t think there’s anyone his equal in popular music for this fifty years. They were really deep, profound emotions that came out of a lot of pain. ‘Don’t Talk (Put Your Head On My Shoulder)’ has one of the most beautiful arcs of a melody I’ve ever heard. How can you sing about not talking, about silence? It’s paralyzing and galvanizing at the same time.”

has gone on record several times stating that “God Only Knows” is his favorite song of all time. Of the album from which it was born he says, “I figure no one is educated musically ’til they’ve heard ‘Pet Sounds.’ I love the orchestra, the arrangements – it may be going overboard to say it’s the classic of the century – but to me, it certainly is a total, classic record that is unbeatable in many ways. I’ve often played Pet Sounds and cried.”

“When I heard ‘Good Vibrations’ on the radio for the first time, I called Paul (Simon) immediately and I said ‘I think I just heard the greatest, most creative record of them all.’ Brian showed us all the endless possibilities in what’s been recorded and how it can be layered and combined or subtracted to create something that certainly came from his California roots, which to me, has always represented the promise and sweetness in America. With that joyousness, he became our Mozart of Rock ‘N Roll.”

“Brian was the most highly regarded pop musician in America, hands down. Everybody by that time had figured out who was writing and arranging it all. ‘In My Room’ was the defining point for me. When I heard it, I thought “I give up – I can’t do that – I’ll never be able to do that.”

“The Beach Boys were a huge influence on all of the Eagles; we consider them to be the greatest American vocal band ever. We admire their work and Brian in particular. Well first of all when you start to break (“Caroline, No”) down, you appreciate just how good the chord changes are and the melody and it’s a beautifully-written song.”

“This (“The LIttle Girl I Once Knew”) is the greatest! Turn it up, turn it right up. It’s got to be a hit. It’s the greatest record I’ve heard for weeks. It’s fantastic. I hope it will be a hit. It’s all Brian Wilson. He just uses the voices as instruments. You keep waiting for the fabulous breaks. Great arrangement.”

“There is a new song, too complex to get all of first time around. It could come only out of the ferment that characterizes today’s pop music scene. Brian Wilson, leader of the famous Beach Boys, and one of today’s most important musicians, sings his own ‘Surf’s Up.’

Poetic, beautiful even in its obscurity, ‘Surf’s Up’ is one aspect of new things happening in pop music today. As such, it is a symbol of the change many of these young musicians see in our future.”

It’s not just popular opinion when Bob Dylan, Eric Clapton, David Gilmour, Neil Young, George Martin and a slew of every treasured musician or producer to have graced us all agree– The Beach Boys are the most influential band of all time. You can read quotes from these and many other artists on Brian Wilson’s website. It will certainly brighten your day.