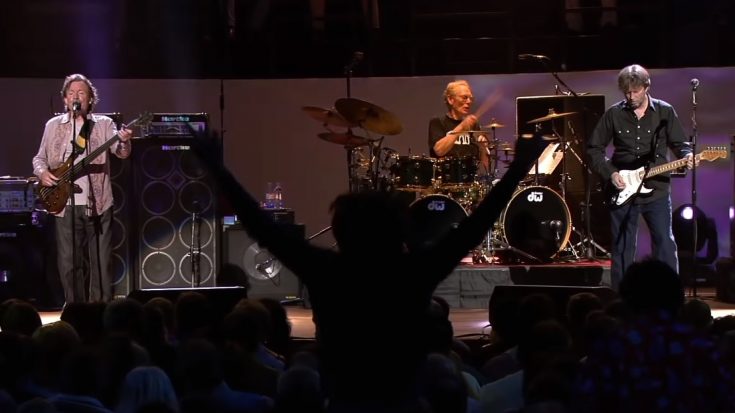 Listen to a previously unreleased version of Cream’s iconic rendition of “Crossroads”. This version is part of the upcoming box set Goodbye Tour Live 1968, which is set for release on March 6th.

This specific performance was taken from their October 20, 1968 show at the San Diego Sports Arena with the super trio of Eric Clapton, Ginger Baker, and Jack Bruce played their final US tour. Apart from this recording, the box set will also feature two full sets from a California date, one from Oakland Coliseum and one at the Los Angeles Forum, along with the farewell show at the Royal Albert Hall in London. 19 of the 36 said tracks haven’t been released in full previously.

“Cream was a shambling circus of diverse personalities who happened to find that catalyst together. Any one of us could have played unaccompanied for a good length of time. So you put the three of us together in front of an audience willing to dig it limitlessly, we could have gone on forever. … And we did … just going for the moon every time we played,” Clapton said. In light of Baker’s recent passing, Clapton announced a tribute show for the late musician comprising of his life’s work, including their time together in Cream and Blind Faith.