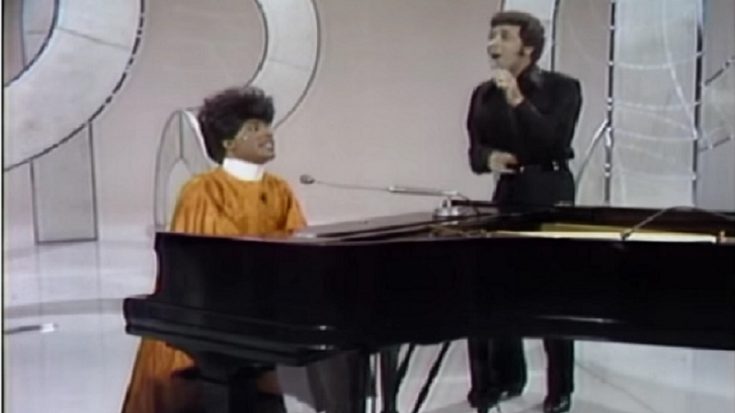 This Is Tom Jones was a show that ran for a duration of 3 seasons from 1969-1970, and it gave so many fantastic moments in television for the audiences to enjoy. It’s a well-anticipated ATV series that was mostly attended by several prominent artists such as Dick Cavett, Sonny & Cher, Stevie Wonder, Johnny Cash, Joni Mitchell, Bob Hope, Janis Joplin, and many more.

While the show only lasted for a couple of years, the joyful performances that Tom Jones delivered together with the guest stars are always a wonderful thing to watch. Among the unforgettable guests was the one and only, Little Richard— the godfather of rock and roll.

On Jones’s birthday back in 1970, a special performance was done by him and his longtime rock hero as they sang Richard’s classic “Rip It Up.” Aside from Little Richard’s eye-catching wig and costume as well as Tom’s energetic display of his vibe, the upbeat rhythm of the song and the duo’s rich, dense voices interspersed well enough to make this a momentous segment. One could say how better they did the song on a duet, giving us a glimpse of these rock legends as they indulged inside a performance worth remembering.