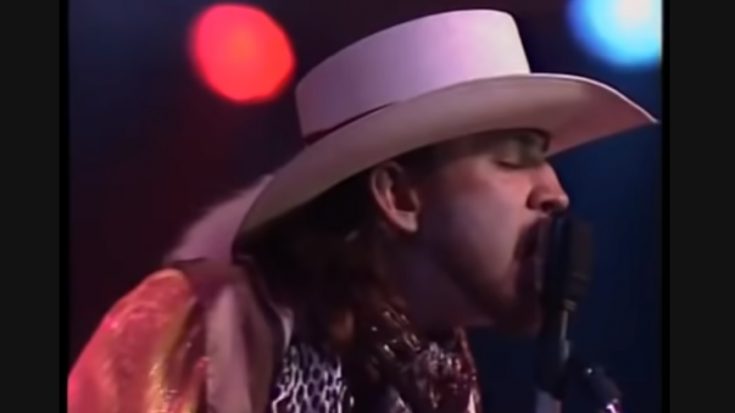 Hook, line and sinker. Stevie Ray Vaughan’s album production span was a brief one, after only six studio catalogs under his belt before being taken away by a tragic helicopter accident in 1990. Nonetheless, Vaughan has established his reputation as one of the best blues rockers of all time, credited for breathing new life into the genre, and reintroducing it to the newer generation. SRV’s tale was that of a hero, starting at the bottom, playing at clubs and bars, before becoming the icon that he is now. Here are Stevie Ray Vaughan’s compilation of masterpieces, that redefined blues history forever.

Aptly named, because SRV finally got his dream of playing with his older brother Jimmie, who he looked up to in his earlier years. Family Style was an album of enjoyment for Vaughan, with tracks such as “Hard to Be” and “Tick Tock” being on the “plain” side of things, lacking the grit and flair he was known for on his previous work.

The album brought Vaughan posthumous justice, with a compilation of his unreleased material, was composed of originals such as “Empty Arms” and “So Excited”, covers of Howlin’ Wolf and Willie Dixon’s songs, and his timeless interpretation of the Hendrix classic “Little Wing”. The album served as a memorial for the late virtuoso, appreciation of a talent gone too soon.

With Double Trouble to back him up, SRV proved his flexibility with Soul To Soul, with organ parts and that hint of sax appearances in tracks such as “Lookin’ Out the Window” and “Look at Little Sister”. “Say What” provided energy for the intro, while SRV’s “Ain’t Gone ‘n’ Give Up on Love” goes back to the blues, with a seductive take on it. The album features other classics such as “Change It” as a homage to the well-known sound of SRV’s career.

After SRV’s break from music following his rehab years, In Step was an honest breakdown from the musician himself. While not as aggressive as his previous works, Vaughan’s realizations fueled his creative process with tracks such as “Crossfire”, “Tightrope”, and “Wall of Denial”. His deeper, more bluesy works were also posted, with effective arrangements such as the contrasting “Let Me Love You Baby” and “Leave My Girl Alone”.

While the album majorly comprised of covers, Couldn’t Stand The Weather’s four originals were more than enough to feature the SRV and Double Trouble combination’s potent performances. “Scuttle Buttin’” was a speed demon on its own, while the paced “The Things (That) I Used to Do” balances the formula out. But the most notable track on this record was his rendition of Hendrix’s “Little Wing”, which no other guitarist has achieved satisfactorily in their career.

Arguably SRV’s landmark album in all of his career, Texas Flood is what you get when you give it all on the first try. Vaughan was at a career plateau, when suddenly everything turned with the album’s release, bringing the Texas blues menace to the masses, like the explosiveness and brash aggression of tracks such as “Pride and Joy” and “Texas Flood.” SRV tore through hearts and eardrums with his virtuosic creation and playing, even bringing the innocence of “Mary Had A Little Lamb” into a blues reimagining which the world thought it never needed.