The 10 Most Insane Guitar Riffs Made By Jimi Hendrix 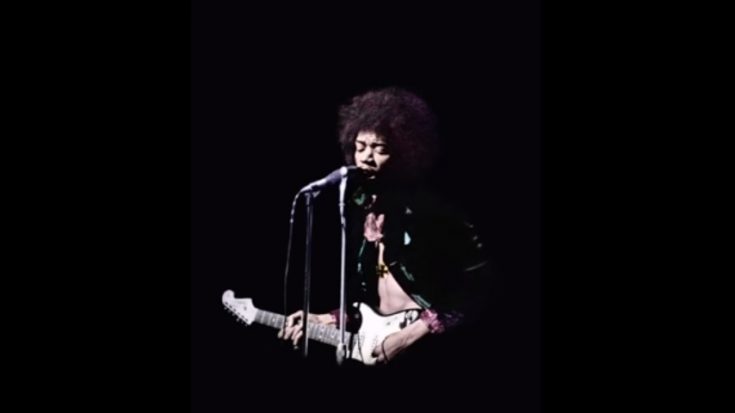 Jimi Hendrix with the Band of Gypsys - Captain Midnight / Youtube

Considered to be the most influential guitarist of all time, Jimi Hendrix was a bolt from the blue with his groundbreaking work on the electric guitar. A true monster on the instrument, Hendrix played anything from raw blues, up to psychedelia, and did so tastefully, making for timeless tracks that immortalize his genius. Though Hendrix’s career was as brief and bright as lightning, his productivity within that limited span of time was enough to establish a legacy that would spawn successors down the line. Here are some of the most virtuosic riffs ever made by the one and only Jimi Hendrix.

This riff is considered generic, for Hendrix standards that is. With a 5-chord main progression, “Freedom” contains no-nonsense grit and a driving melody that serves as a conveyor belt for the lead inlays that pierce through with pure aggression.

With a parallel guitar and bassline, “Manic Depression” features a catchy note progression hook that unfurls into the signature Hendrix 5-chord arrangement that progressively goes up, then back down the same scale again, for that circular hypnosis that’s a proven guilty pleasure.

Featuring a playful progression that is simple at the core, yet highly effective with its conclusive note at the end of the measure, “Who Knows” is another stylized variation of Hendrix’s sound.

The hyping mechanism of this track’s repetitive note-bending breakdown leads to a groove-filled progression, complementing each other with full effectivity. The bass portions of the riff adds a certain volume to the song that packs a punch at every listen.

While some might find the track a bit drab with its laid-back arrangement, the simplicity actually works in its favor. Deep tones from the main three-chord alternations drop into the relaxing progression, with tasteful points of conclusion.

The iconic grit brought on by the muted parts flows on through an immediate hard-hitting progression, enhanced by drum parts that dictate cadence. Hendrix’s use of overdrive and effects are prevalent in this one, that heavy output making it a substantial jam for the ages.

One of Hendrix’s performance staples, “Purple Haze” was a straight-up rocker that showed a modernized approach to it. Hendrix was notorious for improvising the riff every time he played it, and would later serve as the foundation of punk rock as it surfaced years later.

Even the mighty Jimi Hendrix was a fan of the legend Bob Dylan, so much that he covered this Dylan original and turned it into his own. With hints of psychedelia and blues in action, Hendrix was so effective with his version that Dylan performed Hendrix’s version on his live shows as tribute and admiration to the musician.

This lengthy, heavy jam was Hendrix’s way of protesting against the war in Vietnam, and showcased Hendrix’s out-of-the-box thinking, by simulating sound of war with just instruments.

Jimi Hendrix takes the listener for a hypnotic experience, with his riff arrangement that seems like multiple guitars playing altogether, adding little details like minor bends and wiggles, which intensifies into a hazy multitude of dreamy note progressions. It isn’t a surprise why other guitarists covered the track, but none have captured its intensity like Hendrix does.