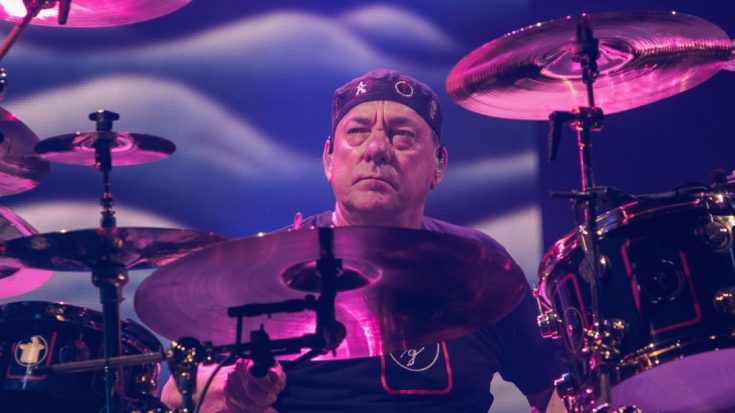 It is undeniable that the legendary Neil Peart of Rush will always be regarded as one of the most iconic and influential drummers of all time. He has been one of the best rock drummers that many aspiring, even professional drummers really look up to. Many drummers often try to mimic his style but no one can ever duplicate his pure talent. If you have ever had the privilege of watching Neil Peart behind his kit LIVE in concert, it’s a whole different surreal experience. The man just becomes a drum-god when he gets into his element. Every true rock fan dreams of seeing Peart lose himself in his famous solos in person. Even his warm-ups are a burst of musical talent. He is and will always be one of the greats!

His drum solos already have taken a life of their own. When Neil gets his turn to show what he’s got during live shows, the whole thing becomes a showcase of mindblowing talent and skill. Since he’s been such a big influencer in the drumming community and in rock music as a whole, these drum solos are a must-know for all drummers alike. Check out these 5 drum solos that truly show how legendary Neil Peart really is, so drummers across the universe, take note!

5. In 2004, Rush went on tour called the R30 trek and this particular drum solo played during their stop at Frankfurt, Germany is definitely something to fond over

4.  In 1984, Rush went on their Grace Under Pressure tour.  During their show held at the Budokan Hall in Tokyo, Neil most definitely stole the show with this out-of-this-world solo

3.  In 1974, Neil Peart joined Rush. As a young drummer, not much was expected of him yet as he hasn’t really fully shown the world the monster-drummer that he is. A sneaky bootleg recording called “The Fifth Order of Angels” shows how amazing Peart is, proving that he has been as talented then as he is now, decades on.

2. This solo from 1990 during the band’s Presto tour is nothing but impressive, so be prepared to be floored:

1.  In 2011, The Late Show with David Letterman featured a  Drum Solo Week and invited Neorl Peart to come and participate.  He just blew the minds of everyone watching with his particular solo: