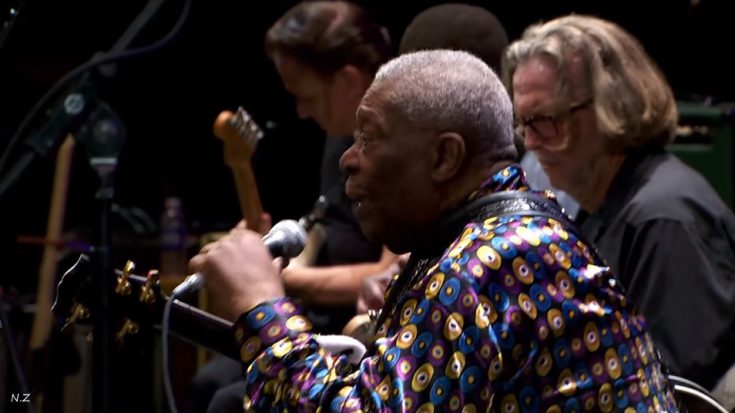 Before the advent of rock n’ roll, blues dominated the airwaves with its signature dynamic progressions and call-and-response form, taking root from traditional African-American spirituals. From a bitter background, the genre evolved into a medium of varying subjects, the liberating effect of music in motion. With the arrival of electric instrumentation, the style eventually paved the way for the specific electric blues. The introduction of the electric guitar and bass gave the genre a new dimension to ride on, especially the prominent use of overdrive, giving off that distinct grit and brashness that complemented blues progressions. Let’s revisit some of the best classics from this iconic genre, performed by the most competent electric blues musician around.

Being one of Chicago blues’ most prominent artists, Howlin’ Wolf, or Chester Arthur Burnett in real life, sang composer Willie Dixon’s creation “Little Red Rooster” as a single in 1961. Known for his well-modulated voice and charismatic presence, Howlin’ Wolf also featured the slide guitar in this track, being the most notable signatures of his sound. The song’s dynamics center on the vocals that seamlessly slide in and out of the melody, with the electric guitar accompaniment that provides a progression for the various techniques to ride on.

T-Bone Walker is named as one of the pioneers of the electric blues sound, and for a good reason. The song, while relatively reserved, featured Walker’s clean and precise vocals over his signature guitar work. Often referred to as West-coast blues styled, the track employ’s Walkers distinctly timed licks over a fleeting piano accompaniment. Walker’s blues solos give the song its calm yet conflicted quality, a lulling tempo driving the progression.

House of The Rising Sun (The Animals)

While not an original composition, The Animals’ version drove the song to the mainstream. With a signature riff that is cyclic in nature, Eric Burdon’s voice propels the song with its powerful, bluesy quality. The synthesizer adds a haunting quality with its unstable note sustain, with both guitars and drums supplying a steady tempo and progression to ride on. Its success was proven during the band’s joint tour with Chuck Berry, playing it as a closing number, gaining massive attention for its uniqueness from the average rock n’ roll track.

Albert King’s rendition of this classic blues track became one of the most known rhythm and blues staple, with its wide appeal even to the rock n’ roll crowd with a distinct bass and electric guitar harmony line. This innovative adaptation allowed King to be known for his sustain powered tracks, and became a popular choice of artist for early rockers and wannabes.

A derivative of earlier versions of Delta blues, Hooker took inspiration of the Mississippi country blues’ melodic style, and incorporated them into his own. Known for the distinct heavy vocal quality, electric guitar resonating throughout the track, and a beat supplied by his own foot-stomping. Though the popular jump blues favored large ensembles of musicians, “Boogie Chillen” turned the attention of the listener to Hooker’s person, a stripped-down an bare performance that relied on the performer himself.

Another Willie Dixon composition, the song features folk lyricism alluding to hoodoo culture, which was deeply rooted in African spiritual traditions. This was one of Waters’ first recordings with a full backing band employing a Chicago blues sound. The song is known for its distinct use of the chorus as a hook that recurs after every section, an innovative move from the traditional blues structure. The classic intro is reminiscent of many rock n’ roll and rockabilly derivatives down the line, with a standard call-and-response dynamic that boosts the charisma of the song.

Featuring bright licks that characterized Delta blues, “Dust My Broom” has a moderate cadence that enhances the driving progression. Although James derived it from the Robert Johnson original, his version is a more hard hitting amplified sequence, featuring the distorted slide guitar as the most notable addition. The triplet figure he plays is concluded by a improvised solo that spans 12 bars. The song has been a staple for early rockers, carving a standard for fast riffs and the technicality of electric guitar work.

Texan blues legend Stevie Ray Vaughan takes the song to the classic Texan shuffle standard, featuring a wild blues melody with catchy circular riffs and a leading bass line that drives the progression with its steady tempo. The main guitar line ingeniously features muted chord chops to evoke a reverb effect, while SRV stated that he used chord shapes that allowed the sounding of a maximum number of strings at a time. His solo effectively takes the track to another level with fast progressions and occasional sustains that bring out melodic dimensions unique for a blues song.

The Thrill Is Gone (B.B. King)

King’s version of the Roy Hawkins classic is a slow, yet intense rendition, featuring polished production values that added a string section, holding its own against the classic version. His laid back guitar work, with evidently well-timed riff placement, perfectly complements the strong vocals and subtle beat of the song. King’s favoring of a moderate modulated amplification allows for a tasteful take that doesn’t overpower the subtleties of the melody. All of this concludes to an intensified ending jam that takes the track up a notch with its arresting tonal quality.

A rendition of J.J Cale’s classic, Clapton enhanced the auditory experience with his faster-paced arrangement. Clapton’s instrumentation that included a piano, trumpet, and saxophone added a much more dimensional sound, perfectly lining his vocal lines and guitar riffs, with a hint of a deviant bass line that counters the main melody. This was more rock-inclined blues arrangement, with Clapton’s intense bluesy solos making up the bridge jam. All in all, Clapton made the song his own, a part of his edgier themed catalog.