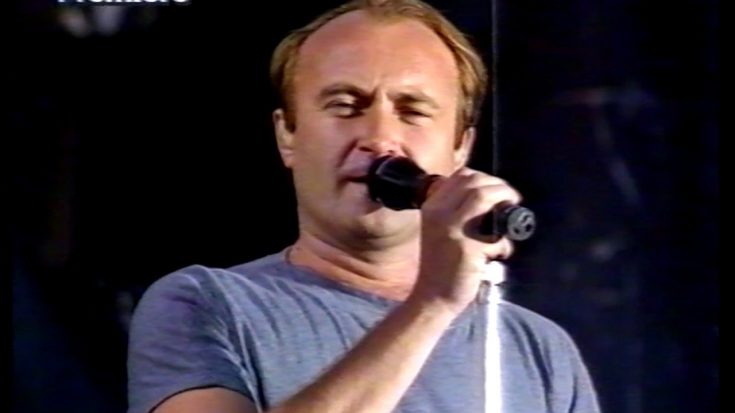 Although Genesis was molded from the cookie-cutter of progressive rock, it, however, didn’t stop the English rock band to explore more styles other than conceptual albums. Theatrics were often present in their formative years, but as the band proceeded, they stood straight on the arena of love songs, giving us some of the finest romantic affiliations that we could ever listen to. Below, are the top 10 love songs from Genesis.

Starting with “Afterglow” from their 1976 LP Wind and Wuthering, the song is the last one to be featured on the album’s side two. Keyboardist Taylor Banks wrote the song, which he thought of as “a reaction to a disaster and the realization of what’s important to you, in a slightly cataclysmic way.”

This was written by drummer and vocalist Phil Collins, which turned out to be the most heartfelt and personal song he’d ever written. Collins wrote the song in desperate need to reconcile with his former wife, Andrea. It didn’t work out in the end, but at least we’re gifted with this masterpiece.

This soft rock ballad by Genesis featured some genuine vocals and a fairly striking chorus that’ll get you hooked on. It’s one of the band’s songs that’s too lovable by many.

Another lovely track from the band’s Invisible Touch album, the single talked about a relationship that’s about to fall apart, but the protagonist couldn’t do anything because he’s “in too deep.” The song was a major success.

3×3 is an EP by Genesis which contained 3 songs that were originally planned to be included from the band’s Abacab album. “You Might Recall” talks about lost love, but is interspersed with a bubbly, romantic feeling.

Going in on our top 5, we have “Supper’s Ready” from Genesis’s Foxtrot. Peter Gabriel, who was the vocalist of the band at this point, said: “[It is] a personal journey which ends up walking through scenes from Revelation in the Bible… I’ll leave it at that.”

Now trying to depart from the façade of progressive rock, Genesis went simple on “Follow You Follow Me” with its romantic, soft rock style. It’s the band’s first taste of worldwide pop success.

“The Cinema Show,” tells us about a Romeo and Juliet story, wherein the two made plans to go to the cinema. The song also was one of the fine examples of the band’s extended playing.

Now on their peak progressive rock phase, “More Fool Me” was quite a jump from the band’s typical extended plays. The song features Phil Collins on vocals, a duty that he’d embrace further afterward.

Bagging our first spot, we have this unbelievably beautiful song “Ripples.” The lyrics scream of poetry, almost as if it’s written by famous poets. It’s one of Genesis’s underrated tracks that you’d never guessed would blossom into something deep and beautiful.