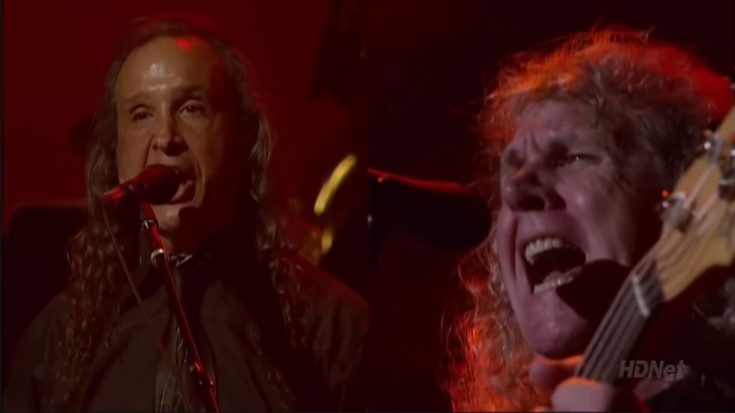 Kansas was America’s bet in the growing progressive rock act that was flourishing down in the UK. With influences from rock, jazz, and classical music, among others, Kansas produced a distinct sound with their Robby Steinhardt’s violin parts. This unique and inventive orchestration was paired with thought provoking lyricism as well, making for the most memorable and catchy tracks produced by the iconic prog act. Although the band has seen better days in the 70’s and 80’s, Kansas is still selling out shows up till the present. Let’s take a stroll down memory lane with the best songs from Kansas’ catalog!

With the absence of Steve Walsh in their first stint in 2 years, John Elefante proved to fill in the shoes of the iconic vocalist. Arena rock became the main point of this recording, and Kansas dished out what the fans deserved.

The lengthy jam was Kansas making a statement in the prog rock scene. The 8-minute recording infused their roots and influences for a liberated musical experience that blows contemporaries out the water.

The Livgren and Walsh combination was a potent one, and this track is a result of such. Taking inspiration from Einstein, the track tackles the subject of the mind, which spurred on to fan the interests of the band in its earlier years.

Those who knew Kansas’ roots were very much familiar with their inspiration from spirituality. The tale of a man and his longing was left open for interpretation to the listener, with a resolution of reconciliation to seal the track.

Kansas cited German poet Herman Hesse’s Narcissus and Goldmund for the track, with the violin playing lead parts and melodies. The genius arrangement contained a landmark intro and an awe-inspiring progression that fits medieval themes with ease.

Although Kansas wasn’t really on with metal or heavier arrangements, this retelling of the tale of Daedalus’ foolish son comes down as one of their most packed tracks. Infused with energy and power, the song evoked a brooding and menacing impact to the listener.

Another lengthy anthem brought upon by historical inspiration, “Song For America” details the horrifying truth of the past, present, and future. Its environmental references is a wake up call for the endless abuse of nature and heritage.

A condensed arrangement as a result of experience from lengthy jams, “Point Of Know Return” still packs the intensity and substance that was evident in Leftoverture. The song forms around the playful and inventive violin showmanship, and was well-received by the masses upon its release.

One of the most popular and widely-played tracks of Kansas, “Dust In The Wind” nearly didn’t come close to materializing if not for Livgren’s wife, who saw potential in the simple guitar progression. Paired with the themes of the fragility of human life, the track went on to become one of the longest lasting singles of Kansas in US charts.

The track became a saving grace for the band, with Livgren’s autobiographical account turned into song. The distinct acapella and full-bodied riffs reflected his inner intentions, culminating into a memorable chorus that stuck with most of the listeners who weren’t even rock fans to begin with.