Top 10 Rod Stewart Songs To Introduce Someone To 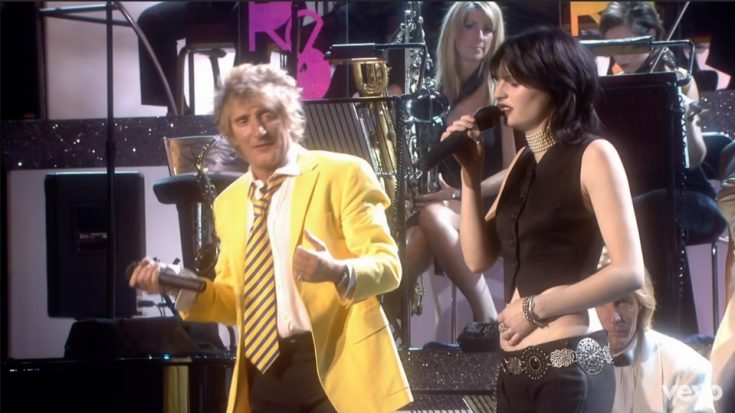 British rocker Rod Stewart’s career has seen major successes, ranging from group acts, to his solo venture. Formerly associated to the Jeff Beck Group and The Faces, Stewart became known for his signature sound: a vocal quality that was rare and just as prized. Stewart’s range and distinct rasp set him apart from his contemporaries, making for a uniquely satisfying rock ensemble. His catalog includes covers from other bands, up to his classic originals that stood the test of time. If you have friends or family who haven’t heard of Rod the Mod yet, here is a list of tracks for a fun orientation!

This Cat Stevens original saw several adaptations, but none saw better reception than Stewart’s own rendition. His soulful rasp gave the heartbreak song a more inflicting edge to it, and connected with the latent pain of young love.

This curios track doesn’t even have the title anywhere in the song, and instead says “young hearts” at the chorus. Nonetheless, this electro-laden track is quite the anthem for the youth and the youthful.

This song was a suggestively seductive arrangement, with French parts from Stewart’s ex-girlfriend at the time of recording. Its distinct slow harmonies gives a lazy and comforting vibe to it.

This heartwarming and emotional tribute to his kids was realized when his touring schedule was eating the time for his family. The simple progression and Stewart’s powerful vocals make for a moving piece that exudes nothing but love and appreciation.

One of the most recognizable tracks from Stewart, “Hot Legs” has a distinct riff with its slightly overdriven guitar sound, which matches Stewart’s own rasp. The fun track was paired with a simple music video of Stewart and his band singing with a woman’s legs on the frame of the shots.

This homage to a friend of The Faces is a story of his life and career. “Georgie” was a gay man, and his story tells that of the ups and downs of living in a highly conservative environment. The whimsical tune hides the fact well enough, that it ends with Georgie being ganged upon and killed by stabbing.

One of Stewart’s fuller-sounding tracks, complete with the heavy, brooding arrangement that matches his vocal parts perfectly. The deceptive groove of the bassline makes for a funky rocker that’s timeless.

Borrowing from the legendary Van Morrison, the theocentric message was turned into a secular love song by Stewart. The slow, simmering quality of the arrangement is perfect for romantic themes of longing and appreciation.

A cover of Crazy Horse’s single, Stewart’s own rendition became a widespread hit due to the slow and moving arrangement of the track. Stewart’s soulful vocal quality really enhances it, with a memorable performance of the track at Albert Hall with Scot singer Amy Belle became a favorite of many.

Undoubtedly Stewart’s most loved track, it tells the story of him and an older woman who took his virginity. This fictionalized take on the inspiration was penned 10 years later, with its folk rock sound effectively making the ballad an interesting and catchy one.