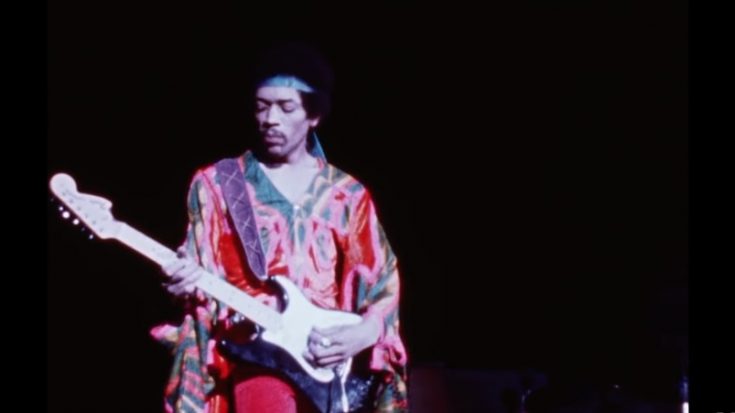 Hailed as one of the most influential electric guitarists of all time, and one of the most talented instrumentalists to ever grace rock n’ roll, Jimi Hendrix was undeniably way ahead of his time. Described by his peers as a masterful flair yet technical guitar player, and was a pioneer in the utilization of overdrive in rock n’ roll. Hendrix was visibly interested in music in his childhood, mimicking rock n’ roll artists with a broom as his “guitar”. Hendrix eventually had his first taste of music from a ukulele he uncovered from a rubbish pile. With only a single string intact, he played single notes of songs he learned by ear.

Fast forward to his glory days, Hendrix was a tempestuous performer, with his band The Jimi Hendrix Experience. Hendrix wowed his contemporaries and big names alike, with the new guy bringing down the house with electric performances. Though his shine was brief, he set the bar in rock n’ roll so high for that era. Today, we revisit his best recordings.

The extreme end of the hippie spectrum, “If 6 Was 9” was a testament of Hendrix’s talent of artistic delegation. Guitar flair was toned down for a more psychedelic approach, with the sound reaching the borders of experimental. This raunchy, fundamental track is a sure-fire jam for acid trips.

One of the progenitors of modern hiphop, “Crosstown Traffic” was a groove-based track that had aptly timed sections that infused some elements of funk. This track was evidence of Hendrix’s leaning towards rhythm and blues. This fresh sound, due to a cleaner employment of overdrive, allowed Jimi to cross over to different styles with just a few knobs and switches.

A cover of a famous American pop song, Hendrix and his band The Jimi Hendrix Experience brought a new sound to the staple. A clean tone and delivery is notable, with a really optimal drum progression. The vocal parts are subtly layered to give emphasis to Hendrix’s arrangement of the song.

If there was one word to describe this song, it would be: sexy. This psychedelic trip is a pleasant one, with Hendrix’s flamboyance showing off, and his decision to provide resolution to the progressions. A dynamic tracks, comprised by varying sections. Hendrix gives you the full experience by providing a plethora of unique elements.

This laid back track is another testament to Hendrix’s openness to versatility. A chill accompaniment, with minor flairs here and there, is just the right mix of lazy and genius. The bass progression, gentle cymbal crashes, and Hendrix’s vocals all perfectly in this melodic slew.

One of Hendrix’s most-loved records, it features a lovely guitar solo that might as well be a song in itself. It became one of the most covered songs of Hendrix, with even Eric Clapton paying homage with his own rendition. The distinct twang was Hendrix recording the rock ballad through a Leslie speaker.

Heavily debated if whether the lyrics allude to an acid trip by Hendrix, he just shrugged it off with him saying it was all from a dream where he was walking under the sea. The clear influence of blues on this track is evident, with fuzzed out quality that matches the psychedelic experience he expressed with the song.

One of the tracks that employed Hendrix’s favoritism of overdrive and distortion, this is a down and dirty hard rock progenitor. The fiery solo is a frenzy of emotion and freedom. This was a derivative from Voodoo Chile, with The Jimi Hendrix Experience too lazy to play the whole fiasco. It was eventually cut down into this more compact version, and it’s great nonetheless.

One of Hendrix’s social commentaries translated into riffs, this was a dedication for those who fought in the Vietnam War. Stretching to over 12 minutes long, the same progression carries on to a variety of riffs, almost a chaotic blend of notes. It perfectly summed the imagery of war, with the ending almost sounding like shots of a machine gun.

A cover of Bob Dylan’s classic hit, Hendrix masterfully incorporates his sound into this track. He was said to have recorded multiple takes before settling in on a definite route, and even contributed to the bass parts at the end of the song. Even Bob Dylan was taken aback at the reception of Hendrix’s version, which found more attention, and even played Hendrix’s arrangement on his own shows.