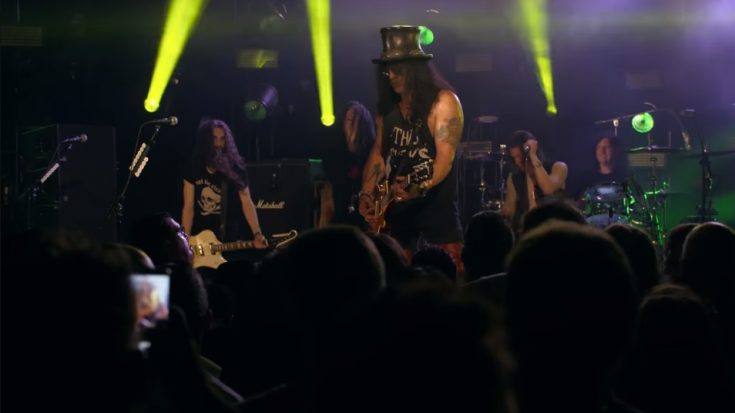 What sets apart hard rock and metal, or just rock n’ roll for a broad sense, from popular music, is the ability to dish out tasteful solos in all of your songs without a single shred(pun intended) of guilt. Today’s music is massively devoid of these masterpieces with rap and electronic dance music being the centerpiece of the music industry. Indeed, it is a great deal of creativity taken out due to the evolution of people’s musical preference, which isn’t bad in itself. Before the new millennium ushered, the guitar solo has been a staple for every band and every song, which even purists wouldn’t even recognize as rock without these essential sections. Anyways, while we’re mourning for the lack of rock n’ roll’s representation, might as well revisit the best guitar solos of the not so distant 80’s.

With the classic layered bass drum intro that has got us jazzing, the lightning fast intro solo is a fun way to start the track, but that bridge solo is the stuff that hard rock dreams are made of. With an almost classical progression converted into overdriven notes, it’s sure to pump the listener up with that youthful VH energy.

Mark Knopfler’s artistic expression proves that solos need not be extravagant and packed with distortion. The execution in this song is a matter of timing and emotion, and Knopfler surely knows how to pack the two together. Less is more, so they say.

Hallowed Be Thy Name (Iron Maiden)

The energy packed solo at the 4:50 mark is a testament to making guitars cry makes up for the best solos. No-nonsense, unpretentious scale-riding prowess that demands a good does of headbanging.

The lovely, lulling progression of the track is only ever pervaded by SRV’s powerful and slow riffs, with a few tasteful licks here and there. The solo is out of this world, capitalizing on the blues’ behemoth tone, that earthy Texas air filling your lungs and ears of times gone by.

Alex Lifeson’s simple yet calculated solo is such a goldmine in this track. A really brilliant utilization of the whammy bar, Lifeson introduces excellent vibrato employment with just relatively few notes to work with. Nothing to over the top, that dive bomb is sure to tug at your heartstrings.

Randy Rhoad’s simple progressions does wonders for the song’s buildup, but his solo pales everything else in comparison. A technical arpeggio brings in the portion, with masterful precision as he goes along the solo, the cascading progression and repeats bringing on a full metal sound.

Another candidate for the not-too-flashy guitar solos, Prince’s musical artistry is shown off with a no-frills, zero-gimmick enchanting solo. Bending strings for breakfast, Prince tastefully fulfills the dreams of many with his amazing ability to control sustain, and that heavily emotional yet simple riff that captured the hearts of his fans.

Who says only rockstars get the best solo treatment around here? Eddie Van Halen displays his solo skills once again, with an intense sustain as a forerunner, then diving into aggressive arpeggios that escalate as MJ enters with his vocals. The epic standoff in the music video couldn’t have deserved anything more than that epic backing track.

The young Slash was a prodigy in terms of guitar work, with Appetite For Destruction’s collection of solos. His riffs are easy to follow and sounds really good even with its simplicity, proving Slash’ ability to gauge fitting progressions. While the verse solos are something in themselves, the bridge solo gets the most love. Completely capturing that bittersweet emotion, Slash’s solo sounds like a derivation of Santana’s sound, which concludes into a whirlwind of notes that is the light-or sound- amidst the confusion.

Even with the song just starting, Kirk Hammett already dishes out the good stuff with a powerful, driving solo over a calm riff. But the ending solo claims the crown. Hammett manages to keep up despite the ramping up of the song progression, leading to a build up of overdriven notes, which he chases with a tasteful and somehow heartfelt slow-lo. You can never go wrong with this one.