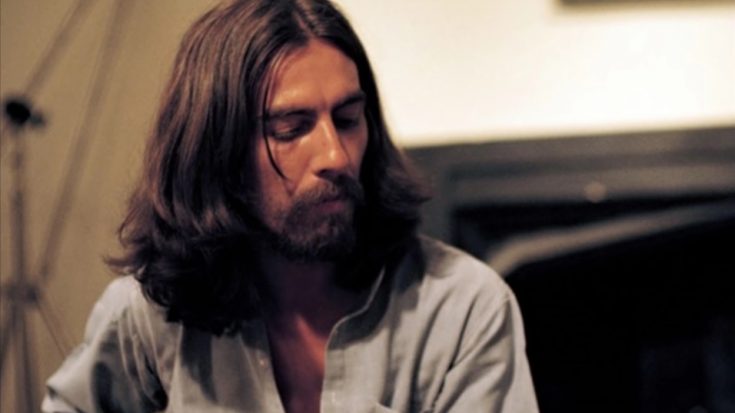 While it may be substantially impossible to collate George Harrison’s best work in a list of ten, we’ll try our hardest to deliver. Often referred to as the “Quiet Beatle”, Harrison was often kept at arm’s length when integrating his material with that of The Beatles’ releases. Nevertheless, George Harrison was a musical gem who impressed the world with his solo excursions. Harrison was deeply influenced by Indian culture and mysticism, and it showed in his musical compositions with great variety. George Harrison’s growth as a songwriter was slowly surfacing in his time with The Beatles, and greatly exploded in creative freedom following the band’s dissolution. Here are some of the testaments to his skill and passion as a songwriter and composer.

“Bangla Desh” is one of George Harrison’s most sociopolitical statements to be written in song. Created as a cry for help for his dear friend Ravi Shankar’s birthplace, the song presents the ever-growing humanitarian issues in Bangladesh, specifically after the Bhola Cyclone incident, and the succeeding Bangladesh Liberation War. The haunting intensity of the song reflects Harrison’s determination to come to the needing nation’s help.

An easygoing, breezy track, Harrison went with the pop sound on this one. With its disco contemporaries for its time, the song was a breath of fresh air for the funk-laden soul. The optimistic approach with the single was a reflective moment in Harrison’s life, and an evident manifestation in a sense.

Aptly titled, this was George Harrison’s label after The Beatles’ walked their separate ways. Bold statement coming from the unlikely champion who quickly rose to the attention of fans with his new material. Harrison also used it as a comic jab at his critics, including his former bandmates themselves, who had issues with his spiritual influences in his albums. A fun, jazz-infused track, it would have seen better numbers if Harrison recorded cleaner vocal parts.

A heavily infectious melody carries the song’s message across: the uncertainty of life does not hinder the way you want to live it. The uplifting caucus of instruments produce a Motown-inspired progression that’s sure to catch the listener’s groove. Some speculate the spiritual status of Harrison as a source of revelation for the creation of this song.

This song is George Harrison’s nostalgic look back at the Beatlemania days. The Fab Four had seen its better days, and this is Harrison’s recollection, laid out in a psychedelic format. The music video is a creative mash of Beatles memorabilia and themes throughout. Harrison also put out his spiritual influences by the end of the video, in the form of sitar and the reference to a Hindu god being mimed by him.

One of George Harrison’s most emotional masterpieces, the song paints the picture of pain being held at bay by regret. It is the perfect summation of The Beatles’ feelings as the band was undone. A lulling, poignant composition by George, evoking a bittersweet emotion throughout the fading out of the song.

George Harrison served as a unifying force by combining Hindu mysticism and Western gospel together in this song. A light base serves the song well, with an intimate call towards Divine Intervention. His goal of peace is easily carried out through the soothing melody of the track, channeling the acknowledgement of his mortality and his dependence on a higher power.

Harrison’s inclination to spirituality humbled his perspective of life, and this song is a reflection of such state. Reported to have been rejected by The Beatles for inclusion into their albums, it was dubbed as the wisest song never recorded by the band. Its resigned emotion evokes contentment unto the listener, declaring the message of good things come to those who wait.

One of the more secular songs Harrison ever recorded, this was also a cover he performed from a 1962 single. Harrison managed to push the song on top of the charts in the US. A catchy, pop-rock tune, George displays his more playful side amidst the heavy and melancholic material he released.

George Harrison tries to abolish religious sects with his message in this song. Caught on by multiple deity references, he integrates hallelujah with Hare Krishna chants and Vedic prayers. It gained notoriety among devoted Christians, but gained popularity with the crowd as a unifying anthem for spirituality.