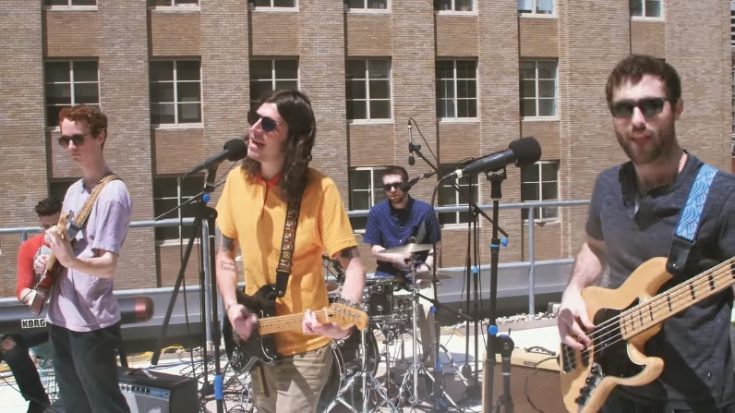 Don't Let Me Down cover by Looseleaf - via Youtube

One of The Beatles’ moderately underrated tracks, “Don’t Let Me Down” is surely one of the band’s more emotionally-driven songs. Written by John Lennon for lover and soon-to-be wife Yoko Ono, it showed his dedication and investment in the relationship. The mellowness of the melody and the call-and-response aesthetic adds to the easygoing yet genuine experience of the song.

“It was just some giant three-ring circus from which there was no let-up. The only peace they got was when they were alone in their hotel room, watching television and hearing the screams outside. That was about it.” – George Martin ➿ #TheBeatles #1960s ➿ Photo © Apple Corps Ltd.

In commemoration of the 50th anniversary of the song’s release, an indie band from the US graces us with their faithful rendition of the quintessential Beatles track. Looseleaf unveils their cover for the The Beatles’ “Don’t Let Me Down” as homage to the legendary band’s desperate plea to a purposeful romance. The dedication of Looseleaf in executing their cover performance goes as far as playing on a rooftop setting, similar to the original song’s music video recording.

What’s surprising is that the band actually delivers the cover quite well! A clean, meticulous sound almost similar to the source material has got Beatles fans, old and new alike, loving the tribute cover so much. The purists might dismiss the cover without hearing it as a watered-down version. Let’s cast aside the doubts and elitism by giving the boys a chance, we’re promising a nostalgic trip down memory lane! The vocals are especially immaculate, and gives homage to Lennon’s serene yet gritty performance of the song. Minimal touch-up and preserving the original quality gives a lot of credibility to the tribute as well. The cohesiveness of the band’s sound might make you do a double take as to whose version it actually is! This millennial acclamation of a Beatles classic is prime example other bands should emulate when borrowing masterpieces from a legendary group.

Click the video below to check out Looseleaf’s loyal rendition of “Don’t Let Me Down” now!