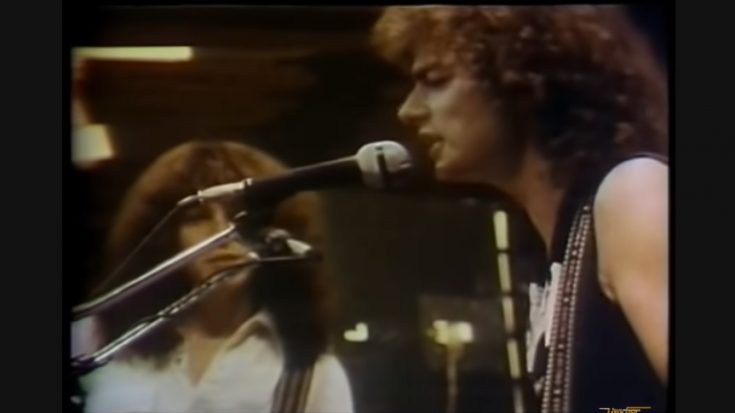 Being one of the more underrated hard rock bands, April Wine is one of the pioneering Canadian bands of the genre. A true product of the growing classic rock culture of the 70’s, April Wine carried on to a lengthy career that gave birth to 16 studio albums, with nine live albums and over 30 singles in tow. But as with many other bands, frequent lineup changes happened, with Myles Goodwin being the sole constant through the years. In reminiscence of their legacy, here are some April Wine songs a classic rock fan shouldn’t sleep on!

A simple rocker with straightforward lyricism and a considerable tempo about a man and a woman falling in love in the summer, the track is one of the most successful tracks by April Wine, peaking at number 5 at Canadian charts.

April Wine sometimes veered onto the pop side of things, with this track maintaining the balance between their pop and rock releases. Nevertheless, it’s a tested Wine classic that’s been listened to countless times over the years.

A track from the band’s fifth album, this also featured one of the first appearances of bassist Steve lang, after he replaced Jim Clench. The iconic Frank Marino guests in the production, contributing guitar parts on the recording.

More than an outstanding classic rock track, the music video was instrumental in establishing the genres image in the 80’s. Propelled by the help of MTV’s programs, the track became one of the most remembered creations of April Wine.

Picked by most fans as one of their favorite songs from the band, “I Like To Rock” combines blues and hard rock elements, paying homage to The Beatles and The Rolling Stones with miniature versions of their riffs embedded in the track.

Originally a Lorence Hud creation, “Sign Of The Gypsy Queen” saw more success as they strayed from the acoustic roots for a hard rock banger, in the April Wine version. It became one of the band’s staples during shows due to its popularity.

This song became a massive hit in Canada and the US, with its hard rock arrangement that was blossoming at the period. Its classic music video of the band in a transport truck, with a good-looking lady driving beside them makes it all the more iconic.

The ambitious story told by the song reached beyond Canada’s airwaves with its classic hard rock format, allowing April Wine to regain international fame. This venture beyond their root’s borders meant new opportunities and horizons for the band, becoming a staple in live acts as well.

One of the most successful hard rock singles by the band, “Just Between You And Me” also became the first song played on MTV by a Canadian musical act in history. A neat French translation of the title is included in the final chorus of the track, adding to its charm.