The First 10 Allman Brothers Band Songs To Listen To 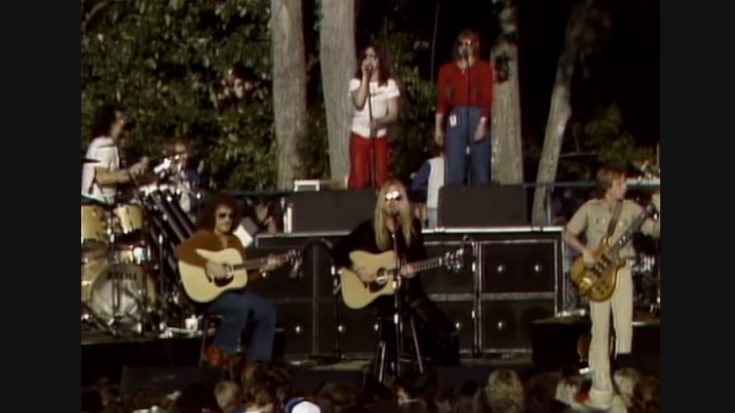 The Allman Brothers Band were the true-blue Southern rock royalties that shaped the genre for the successors. Known for their clean and immaculate sound, the band put emphasis on inspirational and positive arrangements. They took inspiration from jazz, country, and heavy blues sounds, making them the first white act to do so. Of course, none of this would ever be possible if the members weren’t tried virtuosos. The Allman Brothers Band had that undeniable chemistry from the get go, and was evident as they performed onstage. Impeccable timing, vocal harmonies blended to silky-smooth perfection, The Allman Brothers were the epitome of a live show standard that most only wish to achieve.

Let us commemorate their music with our top 10 list! (Disclaimer: not definitive, your picks and suggestions are highly appreciated!)

As with most budding artists, the Allman’s self-titled debut album didn’t quite hit the spot back then. The track “Dreams” though, was something else. A serene experience with a slow and soulful progression, the track features Gregg Allman’s profound vocal performance, and captured Duane Allman’s passionate guitar solo in immortality.

The band was fond of lengthy instrumental jams, and this track is one of them. A jazz-based instrumental penned by Dickey Betts, the song was penned after he came across a graveyard headstone in a cemetery where they frequented in their earlier years. The Allmans were versatile with the composition for its live stage treatment.

The track was a tribute to Duane Allman, who passed away as the album was recorded. Gregg Allman penned the song, and although it was only 3 minutes long, the track brought out Gregg’s feelings in a heartfelt arrangment.

Penned by Betts, the track was another person-inspired composition, this time his girlfriend. The track also had him at the lead vocals for the first time, and was the last recording Duane ever played on. It featured a genuine sadness and gentleness to it, with an memorable alternating guitar melody between the two, making the track a treasure among the members.

Recycled from a demo by Gregg and Duane in 1967, “Melissa” was revisited by the band and went on to become one of their most notable works. Gregg played it for his brother’s funeral, and decided to add it to Eat A Peach. The distinct weeping quality of the solo gives the track a comfortably melancholic theme.

Gregg Allman’s essential track from the Allman’s catalog, “Midnight Rider” became one of the most covered tracks of the band. The surprising absence of solo parts in this three minute wonder is strategically replaced by Gregg’s outstanding vocal performance.

The long standing Fillmore East stint by the band continues to be one of the greatest live performances ever. Originally by Willie McTell, this fast-paced rendition by the Allmans featured Duane’s epic slide guitar implementation to ever grace the band’s records.

Composed by Betts and named after his daughter, the instrumental track featured a gypsy style to it, with an upbeat progression to establish the song’s whole theme. The track went on for 8 minutes but a shorter edit was released also.

Gregg Allman’s earlier composition was a heavy hitter lyrically, and tells the woes of an aspiring musician in the punishing industry. Although it was repurposed to fill in for their debut album, it shone at the Fillmore version’s release.

Undoubtedly the most popular song of the Allman Brothers’ catalog, “Ramblin’ Man” drew more of that country inspiration than usual. With Betts now on the vocal helm, the band shaped their music for a more airwave-friendly sound that still stood on the signature the Allmans established.