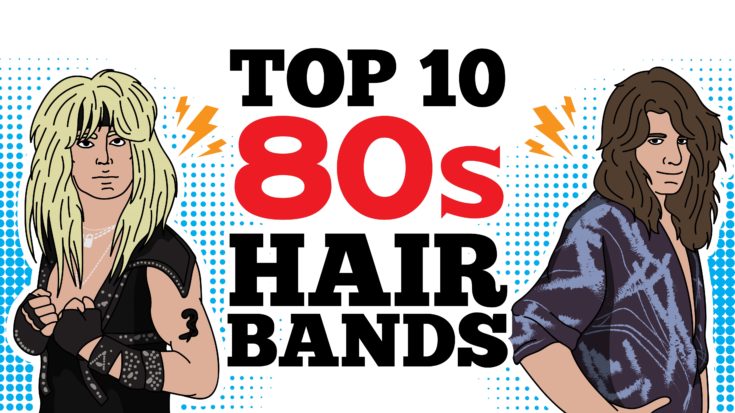 More Than The Glam

Who doesn’t love the 80s? Good music and even better hair styles. Maybe today’s kids will laugh and make fun of them but hey, back in the day, they were the bomb. They look pretty and colorful on stage, they know how to party and of course, they get the girls.

From heavy and glittering makeup to flashy clothing (leopard tights included), what completed the look was the large and wild hair. The more distinctive, the better. Well thanks to the alternative and grunge music of the early 90s, hair metal was eventually swept under the rug.

So let’s revisit some of the best this genre had to offer:

The band who gave us unforgettable (although sometimes annoyingly overrated – thanks radio DJs) tunes like “Carrie” and “The Final Countdown,” they found their gateway to rock stardom after winning the Swedish televised competition “Rock-SM.” More than their wild, golden locks and catchy riffs, they may not be everyone’s cup of tea but we can’t deny that their songs were decade-defining and they were truly one of the best hair metal had to offer.

Fun Fact: They achieved international fame with their third studio album, The Final Countdown, released in 1986. It sold more than 15 million copies worldwide.

The thing is, even with so much success, guitarist John Norum didn’t like their commercialized image so he left to pursue a solo career.

“I didn’t really like the direction the band was going in. We became this teeny-bopper, bubblegum band and I hated that whole image, the spandex, poodle-rock type of thing.” – Norum

We couldn’t really blame him if he was more into the heavier stuff.

Tight leather pants and silver bling – all it takes is one look to know this is the hair metal group from the ‘80s (although this particular performance was from 1990). Some people say it’s about the theatrics and aesthetics but I disagree. Sure, the genre dictates that the prettier you look, the manlier you are. But let’s not kid ourselves, these bands didn’t get here for sheer looks alone.

Just take a look at this live rendition of the 1989 single “Heaven.” We can all agree that Jani Lane sounds just like he did on the studio recordings, a rare find for sure.

While Nirvana’s “Nevermind” album is often pinpointed as the culprit as to why hair or glam metal suddenly died, guitarist Erik Turner had this to say:

Dokken is yet another example why hair metal ruled the ‘80s – they weren’t just pretty boys. Sure, that was a huge plus. I mean, who wouldn’t want to see bands that are easy on the eyes? But Dokken, with their all-leather ensemble, can totally rock it.

It could be Don Dokken’s killer set of pipes which could easily compete with some of the best vocalists of all time. Or it could be George Lynch and his face-melting, sharp and clean solos.

“We played in Japan with George, but that was a one-time thing. Five shows. Never say never, but as far as right now, I’m not planning more shows with Jeff and George. There’s no point. They all have their various projects. It just happened to be a moment in time when the stars aligned. Plus Jon [Levin] is an underrated monster.” – Don Dokken on reunion rumors

The sad part in all of this is how underrated this group still is. Even Lynch doesn’t exactly get the credit he deserves!

In a way, Ratt helped pioneer hair (or glam, if you like) metal because they were some of those who shaped the sound back in the 80s. Just listen to “Round and Round” and you can’t help but wonder why no one makes music like this anymore. Their music was explosive and intense.

And they basically left everyone else in the dust.

Fun Fact: Stephen Pearcy, Juan Croucier and Warren DeMartini currently has an ongoing legal battle with Bobby Blotzer over the rights to their band’s name. Most recently, Blotzer took the stage with singer Seann Nicols.

“Everyone knows my intention out here is to make everything album quality and a real show, not just phoning it in like others.” – Blotzer

They may look like every other hair metal group but when you listen closely, they have superior musicianship that strongly proves why they deserve to be on this list.

One of the measures of a great band is how mind-blowing they still sound decades after they first released their music – something that every Whitesnake fan would immediately agree with. They didn’t start out strong though because their early material was often likened to Deep Purple’s blues rock sound. It’s totally understandable given that their vocalist used to be the lead singer of Deep Purple.

And with so many other groups coming up with one amazing track after another, it was fairly easy for them to get lost in the shuffle.

Fun Fact: They enjoyed massive commercial success worldwide with their self-titled seventh studio album. They also ranked at no. 85 on VH1’s “Greatest Hard Rock Band of All Time.”

After a short hiatus, they came back with an “in your face” album and everyone noticed how their sound became energetic, powerful and heavy. There may still be some musical influences peppered here and there but it was totally forgivable.

Every time you hear “Twisted Sister,” what’s the first thing that comes to your mind? Loud and wild? Rebellious? Always up to no good? All of the above? But, what sets them apart from all the other bands? Maybe it’s because of their larger-than-life persona. Those curly gold locks paired with Dee Snider’s famous sneer and let’s not forget the slapstick humor in their music videos – they really knew how to sell their songs.

Twisted Sister also managed to release not one but two hair metal anthems – “I Wanna Rock” and “We’re Not Gonna Take It.” These songs basically changed their lives and propelled them towards international stardom. And even their live performances became legendary too!

You can call them overrated or cliché but the fact is, they had quite a following and in fact, they still do. Maybe you can blame the radio DJs for overplaying all their songs but still, we can’t deny that they were able to release one massive hit after another.

After the release of their third studio album, “Slippery When Wet,” the group enjoyed tremendous worldwide success and recognition. They were undeniably one of hair metal’s biggest acts and even decades later, Jon Bon Jovi has remained relevant and well-loved.

Fun Fact: Bon Jovi has performed over 2,700 concerts and sold more than 130 million records worldwide. In 2006, they were inducted into the UK Music Hall of Fame.

Maybe we’ll never see Jon Bon Jovi and Richie Sambora perform on stage together ever again but at least, we have their music (and photos of their gorgeous locks) to enjoy.

Something to love about Poison – they made listening to hair metal fun! And somehow, their songs managed to withstand the test of time. You can play their classics loud and today’s music still won’t hold a candle to them. While Bret Michaels’ voice isn’t something that blows you away (on good days, it’s tolerable at best), they still released some pretty incredible hits.

“With POISON, it’s always about timing. The band has never broken up, and we never will. Right now is not the time for us to make new music, but the day will come, when we are all on the same page and we will do something really special.” – Bret Michaels, September 2016 interview

They have sold more than 50 million records worldwide and their most successful album (“Open Up and Say… Ahh!”) received 5x platinum certification. Aside from performing in sold-out stadiums and arenas, they are one of the most notable hair metal acts of the 80s.

I’ll go ahead and admit I wasn’t exactly thrilled to see them collaborate with Taylor Swift but then I remember, in their glory days, they were practically unstoppable. When they were at the peak of their career, radio stations would play their hits almost every hour – sure, it had the tendency to saturate the listeners but most people didn’t care because they loved the songs.

Besides, after their third studio album “Pyromania” was released, the boys became a household name.

Fun Fact: In total, Def Leppard has sold over 100 million records worldwide. They also took the 31st spot in VH1’s “100 Greatest Artists of Hard Rock.” Pyromania and Hysteria have both received the diamond certification from the RIAA.

One thing that sold them to their fans was how they were able to capture the spirit of the 80s. There are groups with heavier sound than them but they knew how to market themselves – aside from their God-given good looks, they also paired their tracks with innovative music videos.

These were the times when life was simple, (almost) everyone was easy-going and music was incredibly awesome. If we had to choose just one group to represent the hair metal era, it would be Mötley Crüe and no one would even bother to object.

They were the very definition of ‘hair metal.’ They were wild, crazy and partied harder than anyone else. They may be known for their not-so-subtle hedonistic lifestyles but they did churn out epic, catchy tunes.

“I wanted a band that would be like David Bowie and the Sex Pistols thrown in a blender with Black Sabbath.” – Nikki Sixx

They were the real deal. They didn’t just help pioneer hair metal but they also earned a reputation for incorporating theatrics similar to that of KISS. Over the years, fans would witness countless drama but at the end of the day, nobody can’t deny just how influential they were as a hair metal act.