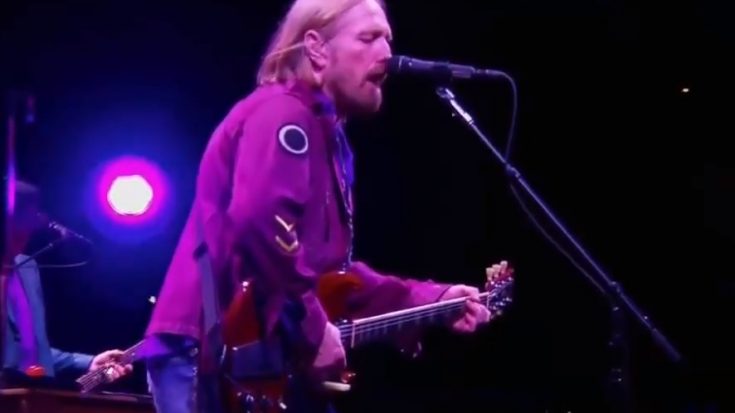 Tom Petty had an unparalleled career, the kind that won the hearts of millions. Aside from being known by many as one of the greatest songwriters of all time, he had a distinctive voice that helped define the era in which he lived and for.

It’s fair to say that by the decade of the 90s, Petty and his voice were as ubiquitous in American rock as the electric guitar. His signature style as a songwriter and his distinctive voice were both showcased in the smash hit “Learning To Fly.”

It is in songs like “Learning To Fly” that Petty’s skill as a lyricist is most apparent. Many people interpreted Petty’s song as being about drugs, but the real story behind the song is much more intriguing. He had been watching a TV interview with a pilot who had said that landing was the most difficult part of flying and that learning to fly was quite easy. Even though Petty probably indulged in the drugs reference while writing the song, the sudden shift in inspiration is characteristic of his singular perspective.

The audio featured below showcased Petty’s sparkling voice which is nothing but refreshing to hear. It’s nice to hear the fantastic arrangement, especially with that riff coming from Petty, but nothing could top the singer’s amazing control of his voice.

You can listen to Tom Petty’s isolated vocals in “Learning to Fly” here.