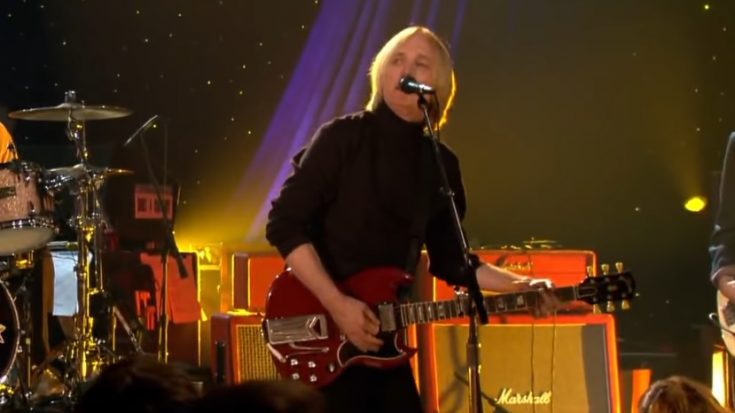 Heads up, Tom Petty fans! Prior to the release of the comprehensive Tom Petty & the Heartbreakers Live at the Fillmore (1997) box set, never-before-seen footage of Petty has been made available online, which can be seen below.

The concert was filmed during Petty and the Heartbreakers’ legendary 20-night residency at San Francisco’s Fillmore. There were dozens of covers, and a few special guest appearances by musicians like John Lee Hooker and Roger McGuinn, among others.

Not only does the band perform their songs like “Runnin’ Down a Dream,” and “Listen to Her Heart” but they also perform covers of songs by Little Richard and J.J. Cale, making this a truly historic event. It was noted in one of the interviews from Petty’s lifetime that the concert was not just one of the Heartbreakers’ musical high points, but also “maybe the best time of our lives really.”

Tom Petty and the Heartbreakers’ Live at the Fillmore (1997) is currently available for pre-order and will ship on November 25. In an interview with Ultimate Classic Rock, Heartbreakers guitarist Mike Campbell said: “It’s a really good illustration of the Heartbreakers just being spontaneous and in the moment without being too rehearsed.”