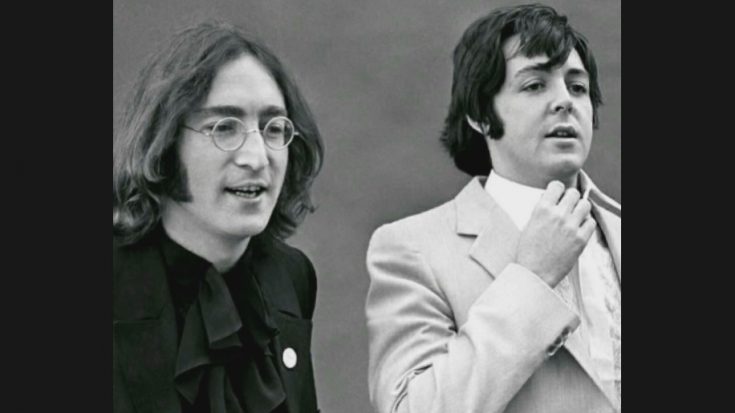 Paul McCartney’s creative mind is well-recognized in the music industry. From his work in the iconic band, The Beatles to his own solo adventures, McCartney has proven from time to time that his imaginative brain never ceased to stop functioning.

McCartney has been cited as an inspiration by many other musicians. Together with John Lennon, he formed the most excellent songwriting partnership in history while in The Beatles. He has a talent for crafting succinct yet powerful anthems, and as a result, many of his songs are considered to be among the best that the Fab Four ever wrote.

He pursued a solo career around the time when the Beatles broke up, but his love for group collaboration never went away, so Wings was created. Wings served as the perfect path for Paul to show his creative side that he surely missed being with his former groupmates. Perhaps that manifested, when Paul wrote the Wings hit, “Let Me Roll It” which, to many, sounded a lot like a Lennon-written track.

The R&B-slathered song is the B-side from the band’s “Jet” coming from their iconic album, Band on the Run. It was mainly criticized for sounding a lot like Lennon mainly on its riff as well as the use of tape echo. McCartney had long been denying the accusations, explaining: “I still don’t think it sounds like him [Lennon], but that’s your opinion. I can dig it if it sounds that way to you.”

He continued that the tape echo might’ve given away the similarities, but expressed that the technique wasn’t Lennon to gatekeep in the first place. “Tape echo was not John’s exclusive territory! And you have to remember that, despite the myth, there was a lot of commonality between us in the way that we thought and the way that we worked.”

Nevertheless, the song came out pretty well and remained one of the Wings’ well-known hits. you can listen to the song below.