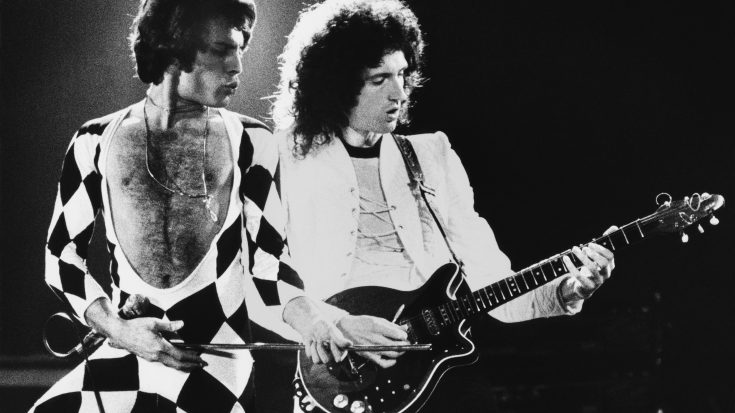 INGLEWOOD, CA - 1978: Singer Freddie Mercury and guitarist Brian May of the rock group Queen perform "We Are The Champions" onstage during a 1978 Inglewood, California, concert at the Forum. (Photo by George Rose/Getty Images)

Freddie Mercury was a man of immense talent. Apart from being labeled as one of the greatest frontmen in rock history, he was also an excellent songwriter and a skillful piano player. However, it seemed that Mercury was a man of mystery and surprise, and there were stories that we still didn’t know about the man until today.

What most people don’t know was that Mercury was a keen player of the guitar instrument. We may best remember his guitar contributions to the Queen song “Crazy Little Thing Called Love,” in which he channeled his inner Elvis Presley and played the acoustic. Yet, fans may be pleased and surprised to know that he also wrote the guitar riffs to one of Queen’s classics: “Ogre Battle.”

There were times when Mercury would rise up to the challenge and try something new; that includes creating the complex riffs of “Ogre Battle” as well as providing heavy-like wails from the singer.

Brian May, Queen’s guitarist, shared his thoughts on Mercury’s guitar contributions to “Ogre Battle.” “He was very good on the guitar, very unorthodox — all downstrokes,” May told Guitar World in 2019. “He wrote the riff for ‘Ogre Battle.’ I used to play it with up- and downstrokes, but he was all downstrokes. Imagine how fast his right hand was moving!”