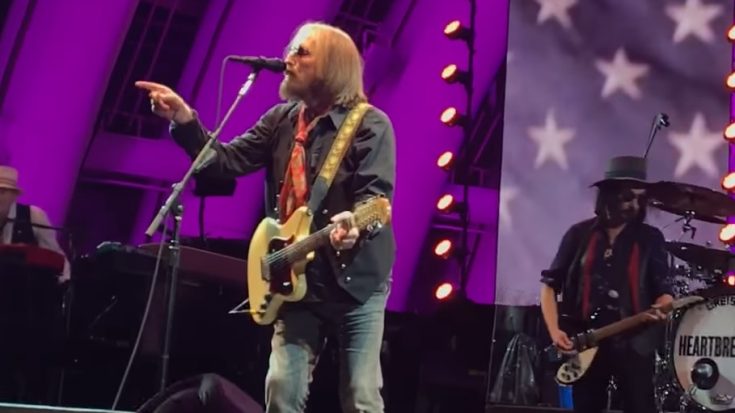 Tom Petty never valued his past records more than he did 1994’s Wildflowers. Indeed, it contained some of his most laidback and relaxed cuts, which was probably a sign of the times that rock’s unbothered king was about to pass his crown.

Wildflowers was supposed to be a 25-track record until Petty’s label asked him to trim it down to a single album. In a Rolling Stone interview from 2013, he revealed, “Lenny listened to it and said, ‘It’s great, but it’s too long — you need to cut it down.’ We were like, ‘Oh, man, we wanted a double album.’” Around two decades later, an ecstatic Petty told Rolling Stone: “We’re going to put out the songs from the other record as well. We recorded quite a lot of songs and dug them out, and the songs are just so cool.”

Finally, after many years, Petty’s full Wildflowers project would see the light of day with the All The Rest release three years after his passing in October 2017. Longtime friend and Heartbreakers guitarist Mike Campbell said, “I know he really wanted it to be finished. And it felt good to do what he wanted and to follow through on his original idea.”

It doesn’t end there, apparently. There are separate discs that are dedicated to Petty’s homemade demos, live recordings, and alternate takes – in a way where listeners can take a glimpse of how the Wildflowers record came to be, little by little. Even his daughter, Adria Petty, said that the release “helps you understand the magic of how my dad did something”.

Rick Rubin was instrumental in the making of the album, even if he and Petty were the most unlikely pair to work together given the producer’s known history with sticking to hard rock or hip hop acts. However, according to Adria who was on the same flight when the two boarded a private Warner jet, said: “Rick was in the corner with a Walkman listening to every Neil Young album, and I think my dad really took notice of that. He thought he was a rap guy or a Slayer producer, but here Rick was at the Bob show and studying Neil. My dad must have thought, ‘Maybe he should be studying me!’”

As it turns out, Rubin was a big Petty fan himself and was excited to work with him in the future. It happened soon enough, Rubin sharing: “We never discussed anything about overall goals or ideas for the project. Tom was clear he wanted it to be a solo album. It wasn’t clear to me why it was important to him, but he did make the point.”

Campbell recalls how the project went on in a slow but sure pace, one that Petty enjoyed doing and was able to practice and extend his artistry over to newer grounds. One example was him auditioning new drummers even if Stan Lynch was still in the Heartbreakers. This was due to Petty’s search for a new sound, which was the reason why they hired percussionist Steve Ferrone for the project. “Occasionally, there was a song we’d play and I’d say, ‘Okay, this sounds more like the Tom Petty I know.’ We’d do a few takes and then Tom would say, ‘Nah, we’ve been here before.’ I was like, ‘This sounds like you.’ But he would walk away from the song,” Ferrone said.