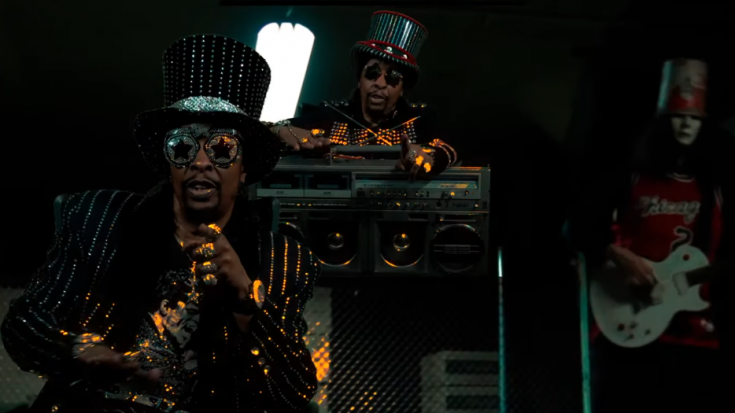 Bootsy Collins reflected on how the pandemic affected musicians, saying, “I think we took for granted the freedom that we had to be together and do things together. I think that taking that away for now made everybody realize what we’ve been missing.”

However, Collins didn’t let the quarantine stifle his plans of making music, as he will be releasing his new album, The Power of the One, on October 26 via digital and CD while vinyl will be made available in December. He said that the record was almost halfway done with its tracking until shutdowns in March forced him into completing the record at home, in what he calls Boot-Cave Studios.

Along with this is the impressive feat of bringing together some prime acts as collaborators, which include Snoop Dogg, saxophonist Branford Marsalis, bassist Larry Graham, Bootsy’s one-off James Brown bandmate Christian McBride, and more. To contribute their parts, some of the musicians worked in a long-distance setting just to deliver.

In a recent Rolling Stone interview, Collins shared: “Starting off like that, I probably would have been doomed. But I think by having rough cuts of a lot of the songs helped keep the groove and keepin’ on the one.” The One isn’t a new concept for Collins, as it has been his guiding light since his early days with James Brown’s band, but has become more significant since then.

“I’ve started to realize ‘the one’ is bigger than musical terms. It means all of us collectively together, we’re equal. We are the one. We’re the ones that take care of this planet. We’re the ones that make the music and invent stuff. And regardless of our differences, we all are still on this mothership, which is the Earth. It’s one planet, and we’re all on it. There’s millions of us on the planet, but we’re all one people. If we go at it that way, we can do anything. That’s the power of the one,” he said.

Collins has unveiled the music video for the title track, complete with footage from the distanced musicians and himself in usual Funkateer fashion. He will also be hosting a live stream on the day the album is released, with tickets for the Bootsy Collins’ Album Release Galactic Birthday Bash available on his website for grabs.