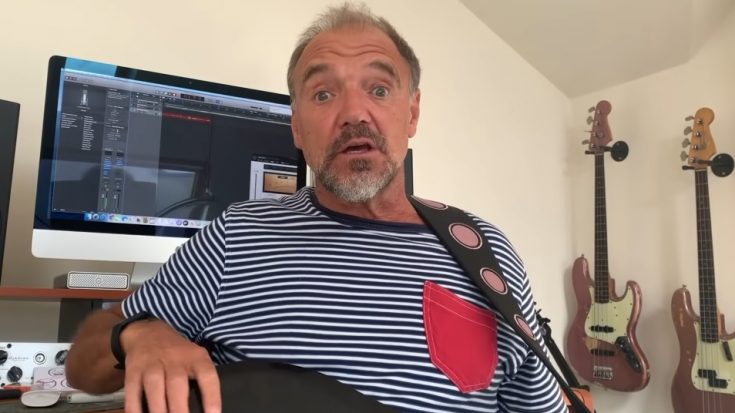 Unknowing and starry-eyed British bassist Guy Pratt was at the audience when Pink Floyd concluded their Wall tour at London’s Earls Court in June 1981. He said, “I never thought, ‘Wow, that could be you up there,’” says Pratt. “That’s because they had a bass player and he wrote all the lyrics. You never dreamed of playing for Pink Floyd. Why would you?”

Pink Floyd went on tour six years later, but this time, chief songwriter and bassist Roger Waters was out of the band. Replacing him was the aspiring bassist from six years ago at Earls Court. Since then, Pratt has become an integral part of the band’s history, playing for 1994’s Division Bell album and supporting tour, 2014’s instrumental The Endless River, and even on David Gilmour’s On An Island from 2006 and 2015’s Rattle That Lock. He is also a part of Nick Mason’s Saucerful of Secrets band.

But more than Pink Floyd, Pratt has worked with other big names in the industry as well. Some of these are the duo Coverdale-Page, Michael Jackson, Madonna, Roxy Music, Robert Palmer, Gary Moore, and Icehouse, among others.

In a conversation with Rolling Stone, Pratt shared how his career came to be and other fascinating stories. When asked what drew him to music, he said: “I was into music from the age of 11, but I was into Bowie and Slade and stuff like that. But I was more into technology. I was obsessed with Sony cassette players. My actual epiphany was when I was 13 and I heard Who’s Next while I was recovering from having inhaled my first cigarette. That was it. When I heard “Baba O’Riley” for the first time, it was literally everything I knew and cared about thrown out the window because that is what I wanted to do.”

He initially had no interest in the bass as well, saying that he wanted an electric guitar above all else. “For my 14th birthday, I got a bass guitar. I was incredibly disappointed with it at first until I got back to school after the Christmas holiday. A few people had gotten electric guitars, but if they wanted to be in a band, they needed me. I had my pick,” he exclaimed, laughing.

When Bowie’s Serious Moonlight tour was brought up, he said, “We were playings to stadiums that we’re gradually filling up. They were enormous. The first stadium I ever played was the Stadion [Feijenoord] in Rotterdam. I went back there with Pink Floyd five years later. I never had such a profound “Oh, my God” feeling.”

He also shared how he got into cahoots with Pink Floyd, saying, “I knew David [Gilmour] because I was playing for Dream Academy, who he was producing. The first time I ever met David was when this band Television Personalities were supporting him on his [1984] solo tour and they were doing “Arnold Layne” in their set. That was fine. Then they started doing a song called “I Know Where Syd Barrett Lives.” David was like, “Right, that’s it.” [Laughs]

He asked Dream Academy to go support him at a show in Birmingham. And so I went up and had the most excruciating meeting with David in a dressing room backstage. We just both stood there with nothing to say until David walked away. I thought, “Well done, Guy.”

Pratt was back from a holiday in Thailand when he read an article about Pink Floyd’s reunion. “I thought, ‘Wow, that’s interesting.’ Then sometime in the next week I got a call from David.

He said, ‘I don’t know if you heard that Pink Floyd are touring?’ I said, ‘Yeah, I might have heard something about that.’ He goes, ‘Are you interested, and are you available?’ I said, ‘Well, it’s possible I can muster some sort of interest.’

Pratt also detailed the pressure that he was going through since he was essentially Roger Waters’ replacement. “Singing ‘Run Like Hell’ was my audition. I actually turned up after a really big night. I was in terrible shape and was like, ‘I’ve fuckin’ blown it.’ But it was actually because I was so battered that I sang it fantastically. If I was rested, I’d probably have been way too self-conscious. David asked me to go back for a second audition and he was like, ‘OK, sing it again.’ I was like, ‘Why? I’ve done it once.’ Even though I was terrified, I was coming off as cocky. David was like, ‘Fuck this guy. I’ll risk him.’

I never actually played bass at the auditions. All I did was sing ‘Run Like Hell.’ I don’t know what that says about what David thinks about the complexity of Pink Floyd bass playing. He was just like, ‘I know you can play the bass.’“ 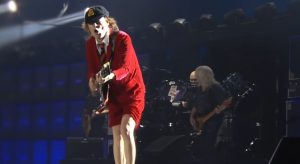