Tom Petty Compilation To Have An Unreleased Track 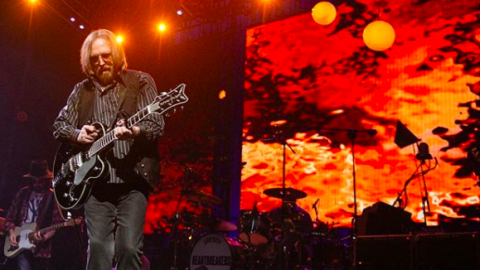 A forthcoming two-disc compilation of Tom Petty songs called “The Best of Everything” is about to be released this  March 11 of this year. Ahead of the said album release is a song by Tom Petty and the Heartbreakers that has never been heard by the public before. This unreleased track called “For Real” is part of the 38-track compilation album. This song was recorded back in 2000 when Tom Petty and the Heartbreakers went on to record a new version of ‘Surrender’ for the Anthology: Through the Years compilation album. Fans are yet to be delighted by the unreleased track as it is one of Tom Petty’s best work, tugging at the emotions at its greatest. Surely, it’s just a taste of the much-anticipated compilation which looks back on the late singer’s music career. The compilation has also been described in a press release as a “supplement to last year’s critically lauded, career-spanning box set  “An AmericanTreasure”.

“Rather than chronological order, the special cross-label collection was sequenced as a hard-hitting playlist giving the entire catalog equal prominence.”

“Included are songs from [Petty’s] solo projects, songs with world-class musicians the Heartbreakers, as well as essentials from the reformed Mudcrutch.”

Petty died in 2017 due to an accidental overdose at the age of 66. Last month, Petty’s 1989 record ‘Full Moon Fever’ was inducted into the Grammy Hall of Fame.

Check out the new song below