This Why Bill Bruford Is Such An Amazing Drummer 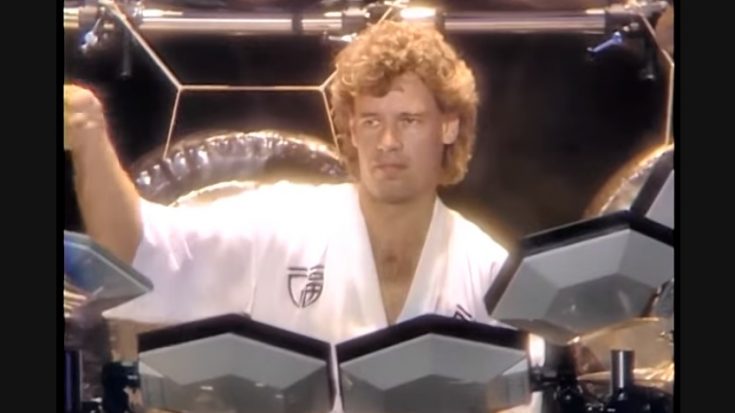 One of the more underrated drummers of the rock scene is Yes/King Crimson’s Bill Bruford. Considered as one of progressive rock’s prime talents, Bruford was all about his craft. After being brought in to Yes’ ranks in 1968, Bruford enjoyed a flourishing career with the band, albeit frequent lineup changes and some personal ventures in the way. However, 1972’s critically-acclaimed Close To The Edge album did nothing to stop Bruford’s exit from the group, who had sought interest in their heavier niche contemporary, King Crimson. His new group was more of an avant-garde visionary, with heavy improvisation evident, like haunting instrumental jams.

But what made Bruford such an equipped drummer? It’s simple actually. Bruford has that coveted “feel” where he relies on the spur of the moment to improvise and experiment on patterns and fills. This is most noticeable during his live performances, where he doesn’t play anything the same way twice. His jazz influence has been instrumental during his live sets, giving that sense of foreign and almost alien-like quality to his Yes and King Crimson material. A genius, to say the least, Bruford offered eccentric vibes in his playing style that could hardly be replicated, even by skilled contemporaries like Neil Peart, who also happens to consider Bruford as one of his influences. While Bruford may have rough edges and stray from drumming conventions frequently, it’s exactly this deviant style that brings the charm to his playing. While it’s sad that he already stepped down from the throne, his influence and legacy has made such an impact to the rock industry, especially serving as inspiration for successors and budding drummers.