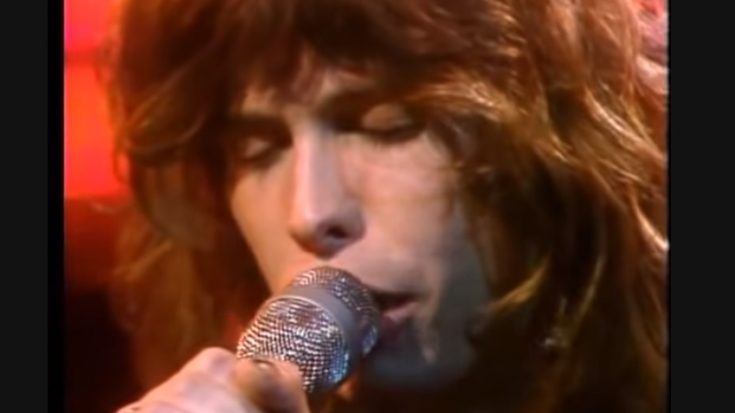 A look back to the early years of  the bad boys from Boston is always a good idea to pump you up. With the vitality of youth and energetic, rebellious spirits, Aerosmith was at the top of their game in the 70’s. In this performance of the band’s seminal track “Mama Kin”, they show the song its rightful treatment, considering it was the one that hooked them up with Columbia Records.

Steven Tyler was so invested in the song and trusted it to propel Aerosmith into stardom that he went on to have the words “MA KIN” tattooed on his left bicep, telling his bandmates it was the song that was going to get them rich and famous.

Truly enough, they did. However, the song went on to become popular later along the band’s career, because Bruce Springsteen was getting the VIP treatment from Columbia Records. Well, enough talking. Click on the video below and enjoy a good ole’ Aerosmith performance.