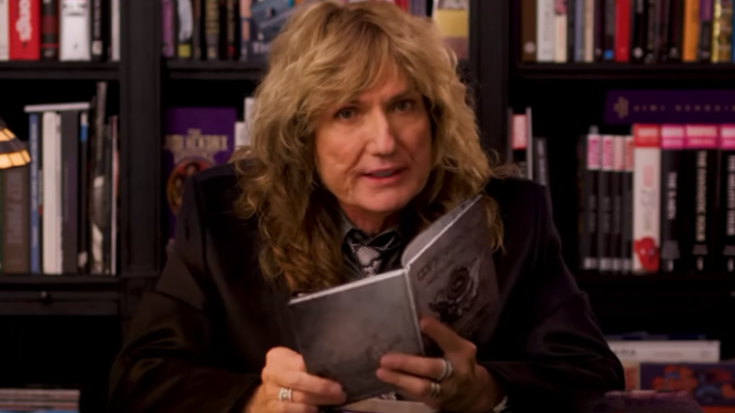 Even if an artist puts up their absolute best effort into producing and recording new music, the resulting album may not sound precisely how they envisioned it. Luckily, one of the great privileges of being a musician today is the ability to go back and rework old pieces until they sound exactly the way you envisioned them. Rock bands, for example, can fix any problems with their original recordings and give their fans a “cleaner” listening experience by releasing a remastered version. Take, for example, Whitesnake.

Whitesnake is a hard rock band from London, England, who got their start in 1978. Singer David Coverdale, fresh out of Deep Purple, had the band formed as his backup, which would eventually create a new entity. Being the only constant member of the group, Coverdale knows the nitty-gritty of everything – including an album he apparently “couldn’t stand.”

Released in 1989, Whitesnake’s Slip of the Tongue was the band’s eighth studio album and featured new songs written by singer David Coverdale and guitarist Adrian Vandenberg. Due to an accident that disrupted his hands, Adrian was unable to play the guitar parts during recording, and Steve Vai took over. While Tommy Aldridge was on drums, Rudy Sarzo handled the bass parts.

The keyboard parts were played by Don Airey, David Rosenthal, and Claude Gaudette, although David Coverdale felt dissatisfied with the results. 2020’s Eon Music interview with the singer reveals why he didn’t like the record in its original form.

Explaining how these keyboard parts make the album outdated, he said: “One of the things that’s very noticeable on the original recordings – it’s all ’80s keyboards, which I can’t stand. They totally date it. The original tracks have got the wonderful musician who I’m still working with – Tommy Aldridge – and the f***ing seven-string sorcerer, this breathtaking virtuoso Steve Vai, so there’s nothing in there that needed working on. But what I needed was a Jon Lord Hammond organ. Thank God, I found Derek Sherinian, who – and I know he won’t mind me saying this – Derek’s like the illegitimate son of Jon Lord,” the musician expressed.

Thankfully, the 2020 compilation album of the group called Love Songs featured two songs from the abovementioned record that was stripped out of their “outdatedness.” Check out the remastered version of “The Deeper the Love” and “Now You’re Gone” below.