The Who Albums, Ranked From Worst To Best 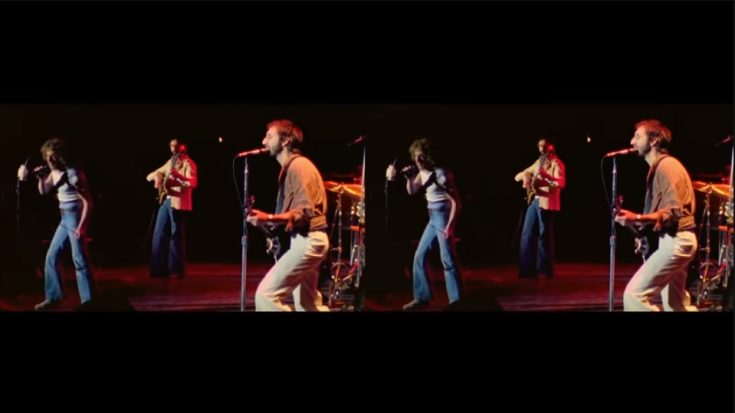 The Who’s penchant for mixing compilation albums hides the fact that the English icons have only 11 studio albums under their belt. With almost five decades of activity, albeit the minor breaks the band had, The Who is one of the most enduring rock bands of all time. The band is carried on by surviving members Roger Daltrey and Pete Townshend, who are considered as living fossils from the golden age of rock. Here is our ranking of the Who’s albums that spanned their long-lasting career.

It took the band almost 25 years to release the successor of 1982’s It’s Hard album. The Who, now composed of Daltrey and Townshend, tried to create something out of nothing. With Townshend, it’s always been the rock opera theme. Endless Wire surely wasn’t nothing, but it wasn’t something The Who would approve of in their prime.

The band’s “final” album, until Endless Wire came along years later, It’s Hard saw the addition of drummer Kenney Jones, who is remembered for his work with the Faces. Seen as a desperation move from the artists, this album was barely memorable, except for some plain tracks, like “Athena”, in perspective. Focus was lacking, with each member having their own venture that conflicted with the creative process.

Dealing with the blow of Kieth Moon’s passing and a live show tragedy that resulted in fan casualties, The Who soldiered one for Face Dances. Kenney Jones filled the shoes of Moon, and while Jones was a brilliant drummer himself, there was something about Moon’s explosive showmanship that Jones couldn’t replace. The result was a weak record that marked an all-time low in the band’s career.

Who Are You marked the end of The Who’s era as a classic rock staple. The last album with Moon on record, the title track “Who Are You” and “Trick Of The Light” are some of The Who’s final and acceptable legacies to have ever been produced. The album was the band’s response to the changing times, with disco and punk dominating the scene.

This album was a fresh take on The Who’s reputation as a big rocker band. A laid-back compilation of Townshend and Entwistle compositions, Who By Numbers was a way to slowly lay off any kind of expectation from the fans and the members themselves, giving the band ample time to recover.

One of the earlier and more ambitious projects by the band, the album features “A Quick One While He’s Away”, an operatic-style compilation of six short songs that was interesting enough. The rest of the tracks were just covers of Mo-town classics, and individual compositions of Moon, Townshend, and Entwistle.

Pete Townshend creative force brought a double album rock opera in Quadrophenia. Exploring the teen culture scene of the mid 60’s, which also shared The Who’s starting years, Quadrophenia was telling of the members’ individuality, and built on the ideas of youthful rebellion.

The Who tested the waters when creating their concept albums with Who Sell Out. The amusing pirate radio station theme, packed with commercials and songs, became one of the band’s serendipitous finds in their career. A precociously fun album turned out to be one of their most iconic concepts to ever surface.

The Who’s debut album was much like every other rock band their time had. It comprised of covers of their rhythm and blues progenitors, and some attempts at original songwriting. This exploratory stage was utilized well by Townshend, who knew what he wanted, and made it evident in “My Generation”.

Tommy was a benchmark for most rock artists who remotely cared for the passion. Townshend’s ambitious rock opera motifs opened the way for the album to actually tell a story. Tommy was as close as you can get to a perfect concept album.

Materializing from Townshend’s scrapped rock opera Lifehouse, Who’s Next was a careful compilation of tracks that were supposed to be used on the opera. The album contained the Who’s greatest hits such as “Baba O’Riley” and “Won’t Get Fooled Again”, memorable rockers that laid the foundation for classic rock’s successors. Who’s Next became the band’s greatest success and nailed The Who’s place in rock history’s most iconic acts.