Ranking All The Chart Topping Songs Of The 70s 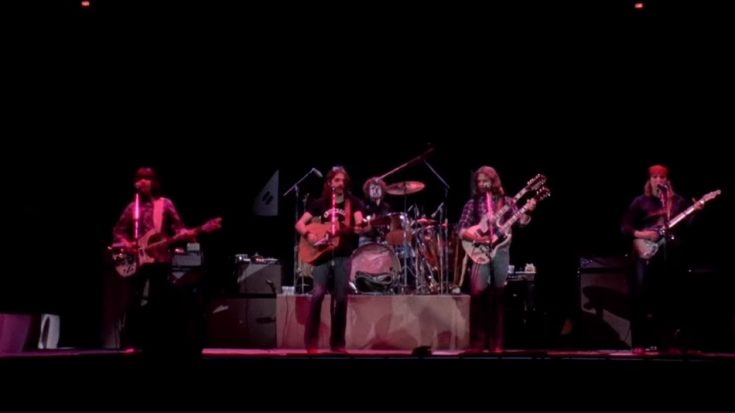 The Eagles, live at the Capital Center, 1977 - AvalonSix / Youtube

The 70’s was surely a great decade for rock and roll. Hard rock and heavy metal became big with the crowd, while progressive rock was just as prolific. Pouring over from the progenitor’s influence of the 50’s and 60’s, rock was refined and branched out to multiple genres for the consumption of the artistically-famished masses. Appreciation for the genre was at an all-time high in this period, and it’s none short of amazing how artists responded to their fans with their music. Here are the 70’s chat-topping rockers that left their mark in history.

McLean’s tribute to the greatest rock influences that perished in a tragic plane crash, “American Pie” is a recollection of better days. One of the most enduring tunes of the decade, McLean has left the interpretation of the track to the listeners, citing it as unshakable poetry.

Coming from a Canadian band, “American Woman” was a catchy rocker that almost went overboard with its suggestive aggression. Nevertheless, the US loved the track which proved the potency its funky arrangement had.

Harrison’s solo work brandished his songwriting prowess. George Harrison’s growing faith in mysticism led him to write this musical great, which lent a healing hospice in the form of music, showing his growth as an artist and a person.

The ever verbose Elton John wrote the song after being inspired with Daddy Cool’s “Eagle Rock”, and provided a new dimension of songwriting with creative partner Bernie Taupin. The energy exuded by the track represented rock’s vivacious state of the era.

Quite haunting when you think of the song being recorded the same week Joplin passed away. Joplin’s most renowned track also topped the charts with her signature sound, and represented her life’s work in a single masterpiece.

Undeniably Stewart’s most known track, “Maggie May” was a retelling of his younger years where he laid with a woman who was older than him. Rumored to have taken his virginity, Stewart managed to spin the track to a memorable classic, with his distinct rasp driving the track.

Rockers really loved to take their relationships and write songs about them. Jagger’s own with Marsha Hunt was a gritty, no-holds barred flow that fit the band’s bad boy image. The track became a staple for classic rock fans who bled Stones all day.

Paul Simon’s genius songwriting made for a classic hit that’s loved even until today. The emotional track screamed gospel, with the fullness of Spector’s wall of sound technique. Trading blows with “The Sound Of Silence”, the track saw the duo’s most successful release in their career.

Inspired by Paul McCartney’s dream of his mother, “Let It Be” became one of the band’s greatest hits before crumbling apart. The solemn rocker was monumental point of the Beatles’ career, with the band going out with a bang. Considered to be one of the greatest songs of all time, “Let It Be” left a legacy that could never be replaced by anyone or anything.

What could steal the top place from a Beatles track? “Hotel California” truly deserved its critical acclamation. A six-minute musical journey that takes us to a spine-chilling adventure, the track featured riffs and solos that are as memorable as Deep Purple’s “Smoke On The Water”. This type of fictitious songwriting became a benchmark for wanna-bes and contemporaries alike.